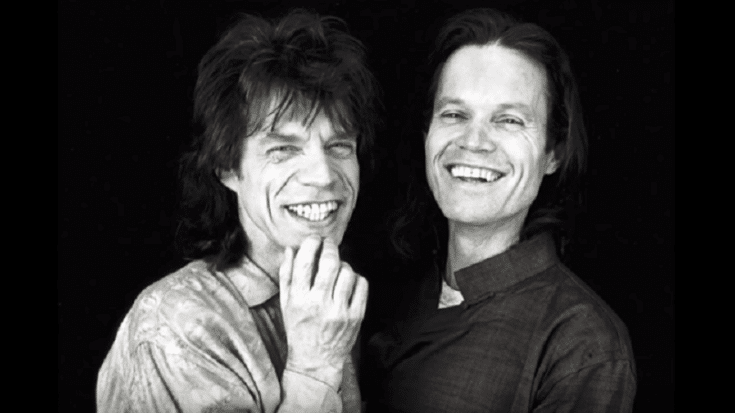 Teaming Up With The Best Musicians

Mick Jagger is undoubtedly one of the greatest frontmen to ever walk the earth. The guy knows how to weave a spell on his audience and hold their attention with the snap of his fingers. Even at 76 years old and even after undergoing a heart surgery, he still pulls out all the stops when it comes to his live performances. And he’s incredibly passionate about music. Thus, it comes as no surprise that he doesn’t shy away from collaborations even with musicians from an entirely different genre.

But don’t be fooled, he can be selective so it’s not like he collaborates with just anybody. Check out this list.

This collaboration was as shocking as Paul McCartney teaming up with Kanye West. Nevertheless, the song is pretty good. In an interview with the Rolling Stone magazine, rapper will.i.am revealed: “You play your music and the first thing someone says, ‘Who’s gonna be on it?’ So I think of the hardest thing ever. And it happened, Mick Jagger. I just wanted to throw something out there that I thought could never be possible so they would stop asking me.”

Originally recorded by The Temptations, Peter Tosh took the soul song and transformed into a reggae version with the help of Jagger. They have performed this live together on Saturday Night Live and also when Tosh opened for the Rolling Stones during their 1978 US Tour.

A cover of a Sonny Boy Williamson II original, Jagger recorded it in 1992 with blues rock band The Red Devils. Before recording the song, Jagger saw the group and was blown away by their performance so he shared the stage with them. It wasn’t until a month later when they went to the studio and recorded together.

Jagger joined forces with Joss Stone, Dave Stewart, A. R. Rahman, and Damian Marley for the one-off supergroup called SuperHeavy. Their debut single “Miracle Worker” was a minor hit. Jagger said, “We wanted a convergence of different musical styles… We were always overlapping styles, but they were nevertheless separate.”

Before they formed SuperHeavy, Jagger has already worked with Stewart for this song which was included in the 2004 romantic comedy-drama film Alfie. There are two versions – one that’s recorded by Jagger alone and another one where he sings with Sheryl Crow.

Younger brother Chris previously worked with Mick for two Rolling Stones albums – Dirty Work and Steel Wheels. For the 40th anniversary of his debut album, Chris invited Mick for two duets. According to Chris, “Having someone like Mick as a brother gives you a standard to live up to. But you also know what’s going to happen if you put a record out – they are going to compare it to what Mick has done.”

This 1984 single was supposed to be recorded by Freddie Mercury with The Jacksons but because of conflicting schedules, Mick Jagger stepped in. Unsurprisingly, critics weren’t too thrilled with the pairing especially because it was perfectly timed with Jagger trying to pursue a solo career but the numbers say otherwise – it peaked at #3 on the US Billboard Hot 100.

For their 1995 album The Long Black Veil, Irish folk band The Chieftains enlisted the help of Mick Jagger for the title track which is a cover of an original recording by Lefty Frizzell. The Rolling Stones also recorded another song on the album “The Rocky Road to Dublin”.

2. David Bowie – “Dancing In The Street”

This was recorded in 1985 to help raise money for Live Aid and although it only peaked at #7 on the US Billboard Hot 100, it topped the charts in several countries. The song is good, that’s a given. But what got people talking was the accompanying music video which is kinda awkward to say the least. You’ll know what we mean when you watch it. Jagger told Rolling Stone in 2007: “We banged it out in just two takes. It was an interesting exercise in how you can do something without worrying too much.”

For Simon’s biggest hit, Mick Jagger contributed to the backing vocals but remained uncredited. She said that the unexpected collaboration came up because “he happened to call at the studio. … I said ‘We’re doing some backup vocals on a song of mine, why don’t you come down and sing with us?'”