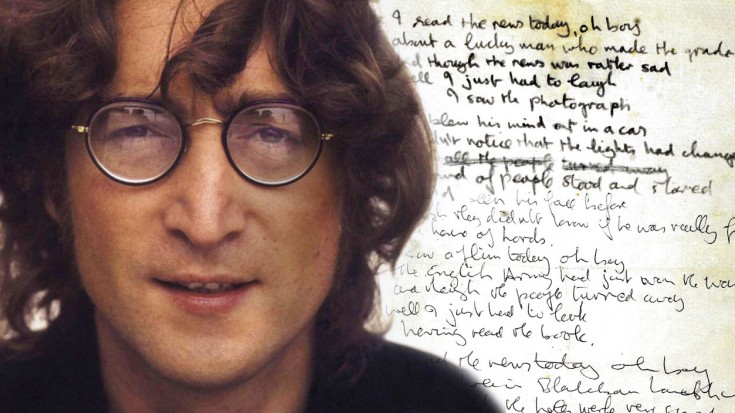 Widely regarded as one of the 20th century’s greatest examples of songwriting, The Beatles’ ‘A Day In The Life’ is as close to perfect as a song could possibly get – even in demo form. John Lennon and Paul McCartney collaborated on ‘A Day In The Life,’ a detached glimpse into everyday life inspired by events in the news that entered Lennon’s consciousness while writing. In fact, it’s so detached that you can find yourself having no emotional attachment to any particular string of lyrics!

Fun Fact: ‘A Day In The Life’ found The Beatles at the peak of their creative powers, making an astonishing artistic statement that saw them fearless and breaking boundaries.

This demo is slightly more subdued than the final cut that made it onto 1967’s Sgt. Pepper’s Lonely Hearts Club Band; where the final version is upbeat and has a fuller sound provided, this ultra-rare demo is much more stripped down, featuring commentary on both ends of the song between the Beatles and their production team and a smaller instrumental section supporting John Lennon’s vocals.

All in all, this demo of ‘A Day In The Life’ makes for a fantastic rare find for Beatles fans everywhere, and it’s one you definitely don’t want to miss!

I saw the photograph.
He blew his mind out in a car
He didn’t notice that the lights had changed
A crowd of people stood and stared
They’d seen his face before
Nobody was really sure
If he was from the House of Lords.

I saw a film today oh boy
The English army had just won the war
A crowd of people turned away
But I just had to look
Having read the book
I’d love to turn you on.

Woke up, fell out of bed,
Dragged a comb across my head
Found my way downstairs and drank a cup,
And looking up I noticed I was late.
Found my coat and grabbed my hat
Made the bus in seconds flat
Found my way upstairs and had a smoke,
Somebody spoke and I went into a dream.

I read the news today oh boy
Four thousand holes in Blackburn, Lancashire
And though the holes were rather small
They had to count them all
Now they know how many holes it takes to fill the Albert Hall.
I’d love to turn you on