The Beatles Tell All About Their Idol, Bob Dylan 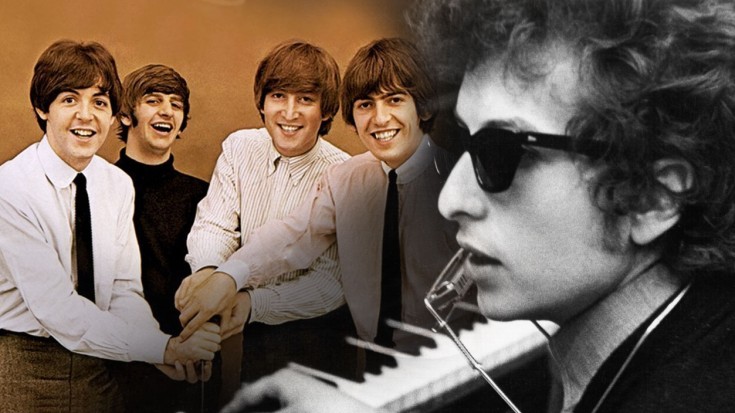 Bob Dylan is widely considered one of the best singer-songwriters of the 20th century, but to The Beatles, he was a god. This exclusive interview features remaining Beatles Paul, Ringo, and George talking about the night they finally met their idol and in true Beatles fashion, it’s nothing short of hilarious!

Their reactions run the gamut from Paul and Ringo’s youthful excitement to George trying to play it cool, with the highlight being the tale of their first run-in with marijuana under Bob’s watchful gaze.

This video is amazing and will inspire both nostalgia and laughter; it’s so easy to forget that our favorite musicians are human beings who have their own idols and influences that render them starstruck, and when you have a band as big as The Beatles sharing the moment that rendered them just as starstruck as we were with them, it’s an incredibly humbling experience!