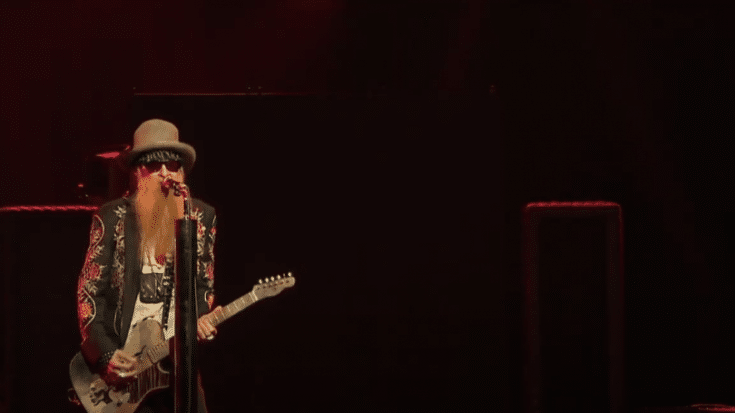 ZZ Top’s resident axemeister Billy Gibbons once shared a story about fellow guitar legend Jimi Hendrix. He was still with his psychedelic blues band Moving Sidewalks when they opened for Hendrix in 1968. They were booked to play for 45 minutes and they had to include two Hendrix songs to their setlist. And so even before Hendrix took the stage, Gibbons already covered some of his tunes which is a pretty risky move.

It’s a good thing that Gibbons is an immensely talented guitarist and he managed to impress Hendrix himself. When he came off the stage, he recalled that “there was Jimi in the shadows – off to the side with his arms folded. But he was grinning, and as I passed by he grabbed me and said, ‘I like you. You’ve got a lot of nerve!’”

And just like that, Gibbons left quite an impression on Hendrix – not only that, they became friends too.

In several interviews, Gibbons was always vocal about his respect and admiration for Hendrix. He told Rolling Stone, “He [Hendrix] was a real technical wizard. He was inventing things to do with the Stratocaster guitar I am confident the designers had no clue would unfold in later years.”

“Jimi had the talent to make that work for him,” he continued. “His technique was very peculiar in that he was playing a right-handed guitar in a left-handed style, upside down. To look at it and try to figure out what he was doing was very daunting.”

Hendrix gave him a pink Stratocaster which is still in his possession and he whips it up every once in a while too. Although Hendrix is often remembered as an absolute showman, Gibbons revealed that he was shy offstage. Gibbons told Total Guitar, “You could say he was almost a retiring person… until you put a guitar in his hands. And when he stepped into the light, it was a different story altogether. He became a showman and a guitar pyrotechnics extraordinaire.”

He had one other fond memory of Hendrix, “He had a record player delivered each and every afternoon, and he would motion to me, “Come on over here. Lets see if we can figure this out.””

He added, “And we wound up listening to Jeff Beck trying to figure things out. I said, “Jimi, chances are that Jeff Beck is sitting there listening to you saying the same thing, ‘How do we do this?'”

Jimi Hendrix is one of Billy Gibbons’ biggest musical influences and he learned a lot from him too.