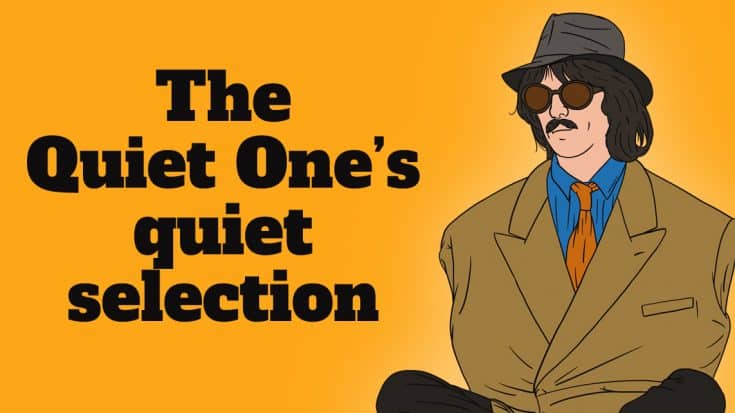 The word “overlooked” is perhaps synonymous with George Harrison. He was every bit as talented as John Lennon and Paul McCartney but it wasn’t until the later years of The Beatles when his compositions finally made it to their albums. It was always difficult for him to push for his songs and so when they disbanded and pursued solo careers, Harrison had a massive backlog of tracks.

He was undeniably one of the greatest songwriters of all time. But instead of looking at his finest works, we’re highlighting songs which have been overlooked or worse, largely forgotten.

Harrison wrote this when he temporary left The Beatles in 1969. He recorded it following their disbandment and featured a stellar lineup – Eric Clapton, Ringo Starr, Billy Preston, Bobby Keys, and Badfinger. It’s also the first song he performed live as a solo artist.

He penned this after attending a Transcendental Meditation course in India in 1968. Although The Beatles spent days recording it for their White Album sessions, the song didn’t make the final cut. The lyrics refer to his strained relationship with bandmates John Lennon and Paul McCartney. He explained to Billboard, “I said I wasn’t guilty of getting in the way of their career. I said I wasn’t guilty of leading them astray in our going to Rishikesh to see the Maharishi. I was sticking up for myself …” He revisited the track in 1978 for his self-titled album.

Yet another testament to Harrison’s musical genius. It references the popular song “Hard Hearted Hannah” and was written about his psychedelic mushroom experience in Maui, Hawaii. It also includes sounds and conversation recorded in his local pub, The Row Barge.

Written by Harrison but first recorded by Eric Clapton for his 1989 LP “Journeyman”, it’s featured on Harrison’s twelfth and final studio album “Brainwashed” released posthumously almost a year after his death. The album was put together by his son Dhani and longtime friend and collaborator Jeff Lynne who said, “His life was in those final songs, the things he got up to each day, like riding down the River Thames. Lots of very personal stuff. Some of them are really good. We gradually just filled them in. It was just about mixing them and making them sound like George would like them. You just had to go with your gut feeling.”

Harrison wrote this in 1966 and was part of his massive backlog when The Beatles broke up. With its hard rock arrangement, he said: “I’ve got about 40 tunes I haven’t recorded [with the Beatles], and some of them I think are quite good. I wrote one called “The Art of Dying” three years ago, and at that time I thought it was too far out. But I’m still going to record it.”