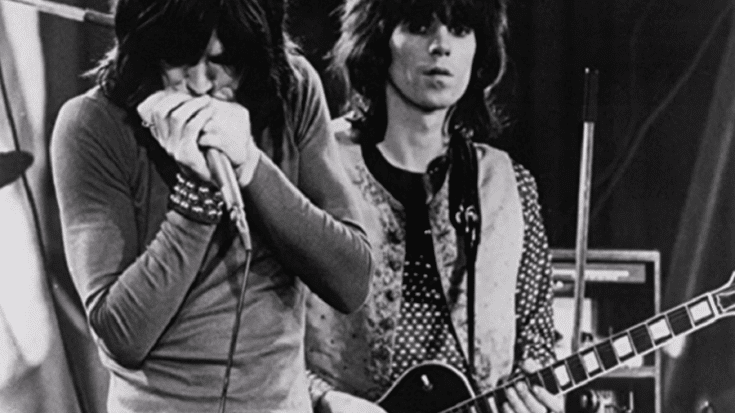 Being a member of one of the greatest bands in rock ‘n roll, Keith Richards has already proven many times over that his legendary status is well-deserved. Let’s revisit his best guitar performances:

A song from Let It Bleed, it was the first one they recorded with then-new guitarist Mick Taylor and it was clear from the get-go that he made Keith Richards bring his A game in the studio. Taylor himself described it as “kind of the start of that particular era for the Stones, where Keith and I traded licks.”

Can’t You Hear Me Knocking

Originally featured on Sticky Fingers, it clocks it at over seven minutes which was rather unusually long for the band and Richards’ guitarwork takes center stage. Taylor also had his moment but Keef could not be outdone. This one’s groovy and often described as influenced by Santana but Richards clarified, “The jam at the end wasn’t inspired by Carlos Santana. We didn’t even know they were still taping. We thought we’d finished. We were just rambling and they kept the tape rolling. I figured we’d just fade it off.”

“It was only when we heard the playback that we realised, Oh, they kept it going,” he continued. “Basically we realised we had two bits of music. There’s the song and there’s the jam.”

Sympathy for the Devil

The opening track of Beggars Banquet, it’s one of the Stones’ best known songs. Richards brought his A game with his sizzling riffs. Despite the title, frontman Mick Jagger explained that it’s not about Satanism. Richards also said in a 2002 interview, “‘Sympathy’ is quite an uplifting song. It’s just a matter of looking the Devil in the face. He’s there all the time.”

One of Keef’s finest moments as a guitar player, Honky Tonk Women has aged fairly well. Jagger and Richards wrote this while vacationing in Brazil. They recorded two versions of the song – the one with a country flavor is titled Country Honk. Richards said, “And somehow by some metamorphosis it suddenly went into this little swampy, black thing, a Blues thing.”

He added, “I think it has to do with the fact that we were playing a lot around with open tunings at the time. So we were trying songs out just to see if they could be played in open tuning. And that one just sunk in.”

Keith Richards may not be as flashy as his peers but he can show off his virtuosity when he wants to. He penned most of the track and drew inspiration from the Father of Rock ‘n Roll, Chuck Berry.