The 17 Most Savage Reactions To Maroon 5’s Halftime Show Are Cracking. Us. UP. 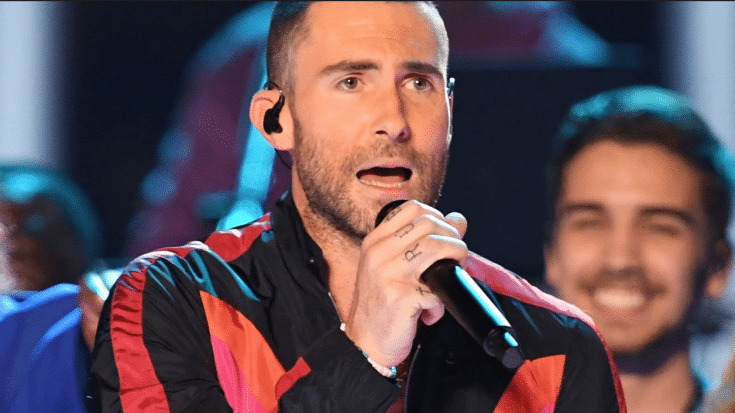 Some enjoyed it – frontman Adam Levine led his band and the audience on a career spanning journey through hits like “Harder to Breathe” and “She Will Be Loved,” and special guests Travis Scott and Outkast’s Big Boi added a little special something that many feared would be missed with Maroon 5 as the headliner. But this morning, viewers are divided and in some cases, feel that not only did Maroon 5’s halftime show fall short of expectations, it was a little…well, boring and uninspired.

Now we don’t know about it being “the worst,” but some of the stuff these kids are saying on Twitter this morning is hilarious – we’re cracking up over here, and we thought we’d share the wealth. Here are 17 of some of the most savage Twitter reactions to Maroon 5’s halftime show:

Why do people talk so much shit on Nickelback when Maroon 5 exists?

Adam Levine with his shirt off looks like a doodle bear #HalftimeShow2019 #Maroon5 pic.twitter.com/5lFKgrND1w

JT and Maroon 5 &Travis Scott fighting over who will have the worst #SuperBowI performance ever pic.twitter.com/jTVNEdbqFG

yeesh if this is what they came up with for Maroon 5 I don't even want to know what Maroons 1 through 4 sounded like.

Still waiting for Adam Levine to play either of those guitars.

— I introduce myself as Vincent (@xDIAMONDCUTx) February 4, 2019

maroon 5 not knowing how to dance to sicko mode: pic.twitter.com/cdk72Zh3nZ

Raise your hand if you’ve ever been personally victimized by Maroon 5 pic.twitter.com/8fbETLrrat

You know who also has moves like Jagger, Maroon 5? #SuperBowl pic.twitter.com/UuudUXYtBT