The 10 Overlooked Songs From Genesis’ Career That Fans Missed 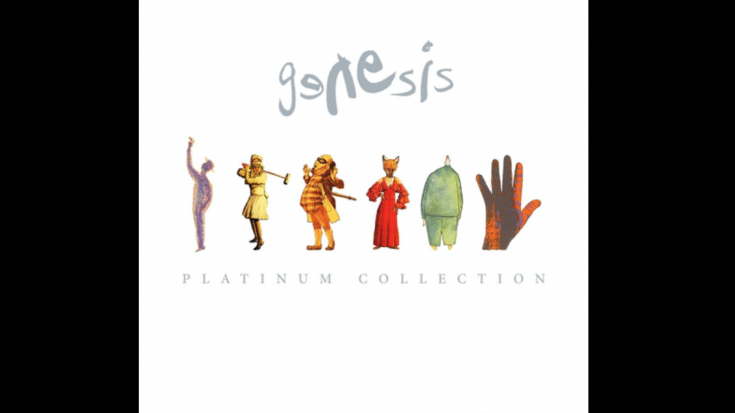 Genesis fans are often divided into the Peter Gabriel or Phil Collins era. But the thing is, Genesis churned out great songs even in the ’80s when Collins, instead of continuing with their brand of progressive rock which is what they became famous for, gravitated towards polished pop music. But whether you dig their prog-rock or pop-rock catalog, it’s undeniable that they have quite a number of overlooked tracks.

Let’s explore those songs here and give them the appreciation they deserve.

Criminally overlooked. Then again, “Trespass” is definitely one of their most underrated albums. “Looking for Someone” may be overshadowed by “The Knife” but the former has plenty of musical surprises for first-time listeners. It also highlighted the band’s creativity.

This instrumental piece wrapped up “Invisible Touch” nicely. It’s an absolute gem and it’s a musical journey in under five minutes. It has aged fairly well too. The studio version is great but the live cut is hands-down magical.

“One for the Vine”

Tony Banks spent a year working on this. He had a rather ambitious vision but it paid off nicely in the end. He knew exactly what he wanted and he didn’t stop until he “got it right”.

A rock epic written by Peter Gabriel. It’s a pretty demanding song especially since it seemed as though Gabriel was bursting with so many ideas. The band’s musicianship is stellar but it’s Gabriel’s vocal performance and delivery that made this one of their finest moments.

Traditionalists may scoff at Genesis’ music in the ’80s but the band didn’t lose their magic. They churned out less-than-stellar pieces, yes, but they also had great songs that have been vastly overlooked. “Feeding the Fire” is one example. Musically, it’s not as complex as their ’70s works but it was a step in the right direction. From the overall energy to Collins’ vocals, it’s a powerhouse track.

At this point, Genesis became a power trio consisting of singer/drummer Phil Collins, keyboardist Tony Banks, and bassist/guitarist Mike Rutherford. And this song essentially proved that they were still a tight musical unit.

“We Can’t Dance” boasted of plenty of hits but it’s the underrated gems like this that deserve a closer listen. Lyrics-wise, this is Collins’ crowning achievement as a songwriter. And let’s not ignore his incredible drumming here.

A classic ballad, it’s way too good. The chords, the chorus – the band’s on fire here but some Genesis fans were not impressed with their effort. But the more you listen to it, the more you love the song.

Say what you want about Genesis in the ’80s but while they subscribed to what’s popular at the time, their songs weren’t formulaic. With its unusual structure, “Keep It Dark” should’ve been a real standout but again, it didn’t get enough appreciation.

Groovy and catchy. It also grows on you.