The 10 Most Iconic Concept Albums Ever Created 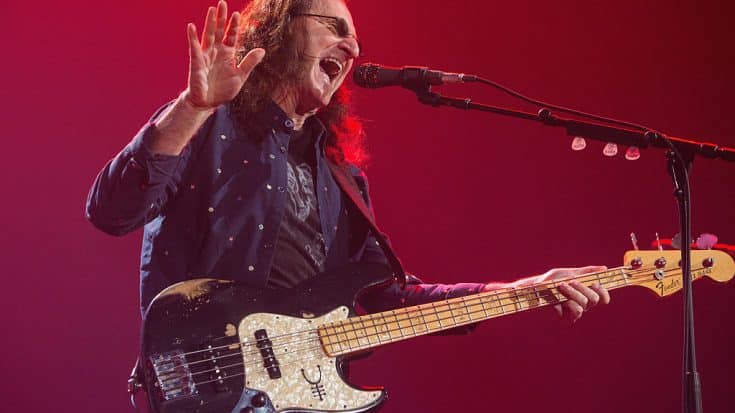 The concept album became popular as it told stories in a concise form and conveys deeper emotions by developing the storyline with each song of the central fictional character through various songs in the album. In a way, it is like a mini-series where each song is an episode.

But a concept album doesn’t always go that way. Sometimes it doesn’t need a character to hold its narration together, but the fact that the songs are unified by a common theme can be considered as one. Aside from that, it is not also strictly lyrical, it can be instrumental or compositional as well.

From Pink Floyd to The Who, here are the 10 greatest concept albums of all time.

10. Berlin – Lou Reed
Berlin is considered a tragic rock opera. Released by RCA Records in 1973, this album tells a story of a couple named Jim and Caroline, who are the victims of drug abuse. The album was wrapped with themes including depression, domestic violence, prostitution, and suicide.

9. The Point! – Harry Nilsson
This album tackles the story of a boy named Obolio, the only round-headed boy in a village where the law says that everything must be pointed.

It was the sixth studio album by American singer-songwriter Harry Nilsson and was released in 1970.

8. The Rise and Fall of Ziggy Stardust and the Spiders from Mars – David Bowie
This album made Bowie’s fictional alter ego Ziggy Stardust famous. Released in 1972 by RCA Records, this rock opera concerns an androgynous, bisexual Rockstar, Ziggy Stardust, who is sent to earth to save it from an impending apocalyptic disaster.

However, it became impossible for Bowie to separate Ziggy Stardust from his own offstage character saying that it “wouldn’t leave me alone for years. That was when it all started to go sour … My whole personality was affected. It became very dangerous. I really did have doubts about my sanity.”

7. American Idiot – Green Day
Inspired by contemporary political events like the Iraq War, 9/11, and the presidency of George Bush, this album was released in 2004. It basically narrated the story of Jesus of Suburbia’ who is a lower-middle-class adolescent anti-hero of America.

Billie Joe Armstrong said, “For us, American Idiot is about taking those classic rock and roll elements, kicking out the rules, putting more ambition in, and making it current.”

6. Arthur (Or the Decline and Fall of the British Empire) – The Kinks
The Kinks frontman Ray Davies wrote this album which was released in 1969 along with the novelist Julian Mitchell. Although it did not get commercial success, it got critical acclaim.

The story of this album was inspired by the Davies brothers’ older sister Rose. She emigrated to Australia in 1964 with her husband, Arthur Anning. The lead fictional character in the story was Arthur Morgan who was modeled after Anning. Morgan was a carpet layer whose family’s plight in the opportunity-poor setting of post-war England is depicted.

Julian Mitchell said at the time when the album was released, “Arthur Morgan…lives in a London suburb in a house called Shangri-La, with a garden and a car and a wife called Rose and a son called Derek who’s married to Liz, and they have these two very nice kids, Terry and Marilyn. Derek and Liz and Terry and Marilyn are emigrating to Australia. Arthur did have another son, called Eddie. He was named after Arthur’s brother, who was killed in the battle of the Somme. Arthur’s Eddie was killed, too—in Korea.”

5. Sgt. Pepper’s Lonely Hearts Club Band – The Beatles
Released in 1967, it became the band’s move away from being the Fab Four and heading towards a more conceptualized piece. Macca became the artistic member of the band during the time this album was made. It was the same period Macca took over and constructed one of the most resolute pieces of art the band had ever composed.

4. The Dark Side of the Moon – Pink Floyd
Aside from being a conceptual masterpiece, this album also provided some of their best singular songs too. Each song was written individually with a brilliant approach, but when they are sewn together, the tapestry is legendary.

“I think that when it was finished, everyone thought it was the best thing we’d ever done to date, and everyone was very pleased with it,” Nick Mason said before.

Wright agrees by saying, “It felt like the whole band was working together. It was a creative time. We were all very open.” This openness and the reflective sound turned Pink Floyd from prog-rock pioneers into bonafide rock icons—untouchable.

3. Tommy – The Who
The album was inspired by the Indian spiritual leader, Meher Baba, who attempted to translate his teachings into music. Released in 1969, the theme revolves around a young boy named Tommy. Tommy, whose traumatic past affected his mind so much, shut out all his senses and became a deaf, dumb and blind boy in order to forget the past. Eventually, he was forced to accept the truth, broke free from the past, and became a religious leader.

2. What’s Going On – Marvin Gaye
It was counted as the eleventh studio album by Marvin Gaye and was released in 1971. The storyline was narrated from the point of view of a Vietnam veteran returning to his home country. There he witnessed hatred, suffering, and injustice. This song was said to be inspired by a protest song that Renaldo Benson heard during Bloody Thursday and later passed it down to Gaye.

1. The Wall – Pink Floyd
This rock opera narrated the story of Pink, a blunt rockstar whose eventual self-imposed isolation from society formed a figurative wall. Known as one of the best concept albums, The Wall has sold over 30 million copies.