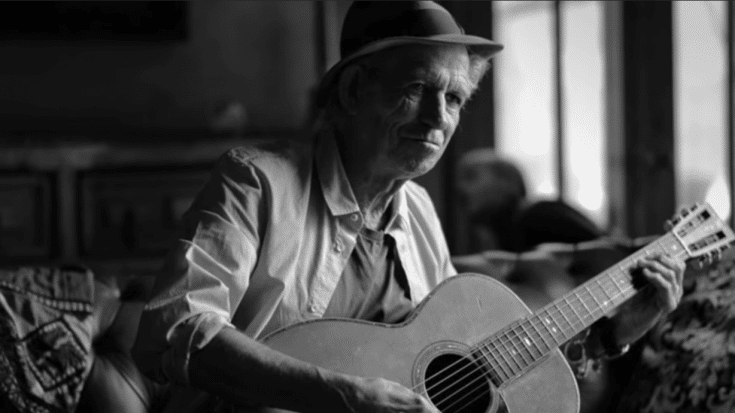 Cue all the Keith Richards immortality memes. At 77 years old, Richards isn’t the oldest rockstar alive – not by a long shot. But he’s one of those who’s been on the butt of several jokes more than a few times – like you know, how each time you smoke cigarettes, you lose a minute of your life and somehow give it to Keef.

These jokes aren’t baseless though because Keef’s rockstar lifestyle has been well-documented through the years. From his drug addiction to accidents, the man survived it all. So let’s look back at 10 moments where he almost died.

He survived the Nazi bomb raids over London in 1944. Along with his mum, they were evacuated but when they got back to their home, they found out that Keef’s cot was blown up by V-1 bomb.

Keef’s brush with death happened at a Sacramento gig on December 3, 1965. As the Rolling Stones launched into “The Last Time”, Keef bumped his guitar into an ungrounded mic stand which in turn, caused an electrical surge. Local bluesman Mick Martin recalled, “I literally saw Keith fly into the air backward. I thought he was dead. I was horrified. We all were.” He added, “They carried him out with oxygen tubes, and he was semiconscious.”

The Altamont Speedway Free Festival on December 6, 1969 featured the Stones as the final act. What was supposed to be a fun event ended in tragedy and chaos. Carlos Santana, who was part of the lineup, said: “The fights started because the Hells Angels were pushing people around.” Not long after emerging from the chopper, frontman Mick Jagger was already punched in the face by a random concertgoer. And as they performed “Sympathy for the Devil”, a fight broke out on stage. The festival resulted in four deaths.

During the making of “Exile on Main St.”, Keef rented Nellcôte in Villefranche-sur-Mer, near Nice. It’s no secret that there was no shortage of drugs at the time. And once, Keef passed out on bed holding a lit cigarette. The bed immediately caught fire and good thing that he and his girlfriend Anita Pallenberg woke up just in time.

When he allegedly set his Redlands house on fire, some said it was again caused by having a lit cigarette in his hand while passed out. But Keef set the record straight in his memoir Life. He wrote that it was actually caused by a mouse that ate the wiring.

In an interview with NME, Keef revealed that while he was in Switzerland, “someone put strychnine in my dope.” He said, “I was totally comatose, but I was totally awake.” Apparently, he “could listen to everyone, and they were like, ‘He’s dead, he’s dead!’ waving their fingers and pushing me about, and I was thinking, ‘I’m not dead!’.”

There have been rumors that Keef wanted to finally get clean from drugs that he had his blood cleansed and changed in 1973. Keef denied it but sources close to him suggested that he might only have undergone hemodialysis to filter all the toxins from his blood.

In the 1990s while at his home library, he stood on a chair to grab a book on Leonardo da Vinci’s study of anatomy. He slipped and large books fell on top of him which resulted in three broken ribs. He described the incident as “one of those moments where you have to make a decision: take it in the ribs or take a shot in the temple on the desk.”

While vacationing at Club Resort on Wakaya, Fiji with Ronnie Wood and their families, Keef fell from a coconut tree and it was serious enough that he needed a brain scan after. He was immediately rushed to the hospital but a few weeks later, he was back on the road with his band.

Perhaps one of the most things he ever claimed was when he revealed that he snorted his father’s ashes. He told NME, “The strangest thing I’ve tried to snort? My father. I snorted my father.” He explained, “He was cremated and I couldn’t resist grinding him up with a little bit of blow. My dad wouldn’t have cared, he didn’t give a shit.” But it’s Keef so he added, “It went down pretty well, and I’m still alive.”