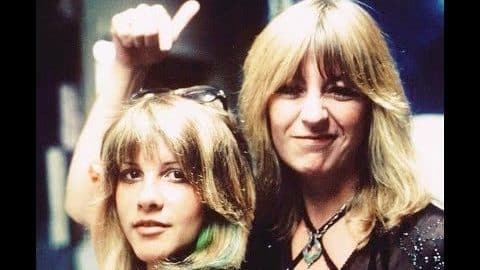 In order to commemorate the legendary Christine McVie of Fleetwood Mac, here’s a directory of the songs she made which contributed significantly to the success of the band.

In this song, McVie did an impressive solo performance with very spare backing. It was delivered mainly with piano and pure amazing vocals.

This song is described as tight, compact, and tough rock. Backed by Buckingham, McVie, usually countered her bandmate’s biting sour notes with a soft sweetness in this song.

McVie co-wrote “Little Lies” with her husband at that time. Released as a single, it climbed its way to No. 4 on the top charts making it Fleetwood Mac’s biggest hit since “Don’t Stop,” and their last Top 10.

Although Buckingham and Nicks gave the band with pop smarts it needed to hit the charts, they were led by McVie’s story-telling type of song like “Over My Head.”

The song became one of the band’s biggest hits, making it to No. 4 on the charts. McVie co-wrote this with Robbie Patton and was supported by Buckingham.

“Say You Love Me,” gave the band a secure spot in Pop music and confirmed their status as Popstars. It even helped send their No. 1 album on its way to multi-platinum glory.

The song was part of what became one of the bestselling LPs Fleetwood Mac has ever made. Basically, the song celebrates McVie’s affair with a member of the band’s tour crew.

Described as a typically shimmering piece of music from the band, McVie’s “Everywhere,” was released as the LP’s fourth single which reached No. 14, the band’s last Top 20 hit.

Performed as a group, “Don’t Stop” was McVie’s biggest hit with Fleetwood Mac. Although Buckingham sang it with a huge chunk of lead vocals, McVie was the genius behind the words.