The 10 Classic Rock Songs Released And Took Over 2020 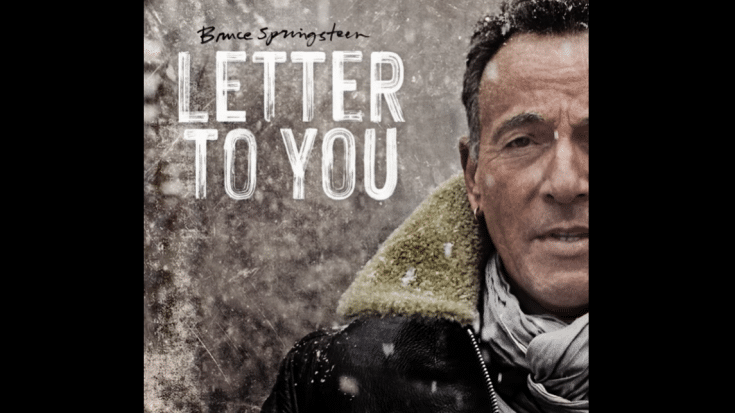 To say that 2020’s a difficult year is a gross understatement. It was supposed to be a spectacular year for classic rock fans as reunion shows and headlining gigs were already scheduled. But, the global pandemic happened and everything screeched to a halt. With the lockdown measures in place, everyone had no choice but to stay at home if they can.

But with today’s technology, musicians found a way to continue making music and connect with fans. From livestreaming events to new songs, those are some of the bright spots of 2020. Let’s check out the classic rock songs that made 2020:

In late August, Blue Öyster Cult came back in a huge way. They dropped two new singles – “That Was Me” and “Box In My Head” – from their studio album “The Symbol Remains” which was released on October 9. It’s their first LP in almost two decades, a follow-up to 2001’s “Curse of the Hidden Mirror”. Guitarist Donald “Buck Dharma” Roeser said, “The goal was for the new music to stand up to the quality and vitality of our legacy recordings, and I believe we have successfully done that.”

To preview his new album “Letter To You”, The Boss streamed the song “Ghosts” on September. He explained, “‘Ghosts’ is about the beauty and joy of being in a band and the pain of losing one another to illness and time. ‘Ghosts’ tries to speak to the spirit of the music itself, something none of us owns but can only discover and share together. In the E Street Band it resides in our collective soul, powered by the heart.”

7. The Rolling Stones – “Living in a Ghost Town”

It was supposed to be a busy year for the Stones but with their touring schedule affected by the global health crisis, fans settled for the next best thing which is a brand new song from the band – their first original material in eight years. Aptly titled “Living in a Ghost Town”, the reggae-inspired music was actually written in 2019 and somehow, it eerily summarized life in 2020. Of course, they had to tweak the lyrics to reflect the times. Mick Jagger said in a statement, “The Stones were in the studio recording some new material before the lockdown and there was one song we thought would resonate through the times that we’re living in right now. We’ve worked on it in isolation.”

One of the biggest surprises this year is Paul McCartney’s “McCartney III”. McCartney not only produced and sang on the record, he also played all the instruments. He worked on the album while in lockdown. He told NME, “‘Slidin’ came from a soundcheck jam when we were playing in Dusseldorf in Germany. During soundchecks, when I’m checking my guitar, I like to try and make something up and the band will join in and the sound man then gets the sound of my guitar which I’m going to use later in the show. So I started jamming and this riff came out that I liked and so we developed that and I thought ‘I must do something with that’.”

The Foo Fighters single “Shame Shame” was accompanied by a dark and harrowing music video. They played the song live for the first time during an appearance on Saturday Night Live. Inspired by a dream he had as a teenager, Dave Grohl told NME: “They fit perfectly together, the visuals – which are some dark corner of my psyche – and the song. It’s a bit darker than anything we’ve ever done.”

4. Ozzy Osbourne – “Under the Graveyard”

2020 started out awesome enough with the Prince of Darkness releasing his first album in a decade. Its semi-autobiographical video followed Ozzy Osbourne as he hit rock bottom after he was booted out of Black Sabbath. He admitted, “To be quite honest, it’s hard for me to watch because it takes me back to some of the darkest times in my life. Thankfully, Sharon was there to pick me up and believe in me. It was the first time she was there to fully support me and build me back up, but it certainly wasn’t the last.”

This protest song was recorded over three days at the Suomenlinnan Studio in Helsinki, Finland. Elvis Costello revealed, “I wanted to go somewhere nobody knew me. So, this is ‘The Helsinki Sound.'” Iggy Pop recorded a French-language version of the track.

No one was prepared for Bob Dylan to suddenly drop a 16-minute epic out of nowhere. Titled “Murder Most Foul”, he said it was his gift to fans. He further clarified in an interview with The New York Times, “I don’t think of ‘Murder Most Foul’ as a glorification of the past or some kind of send-off to a lost age. It speaks to me in the moment. It always did, especially when I was writing the lyrics out.”

For over a year, AC/DC has kept everyone guessing whether Brian Johnson and Phil Rudd have rejoined the band and if they’re working on something in the studio. They neither denied nor confirmed any of the rumors but suddenly, their social media channels started dropping hints about their comeback. And yes, their new album didn’t disappoint. It had all the things we love about AC/DC.