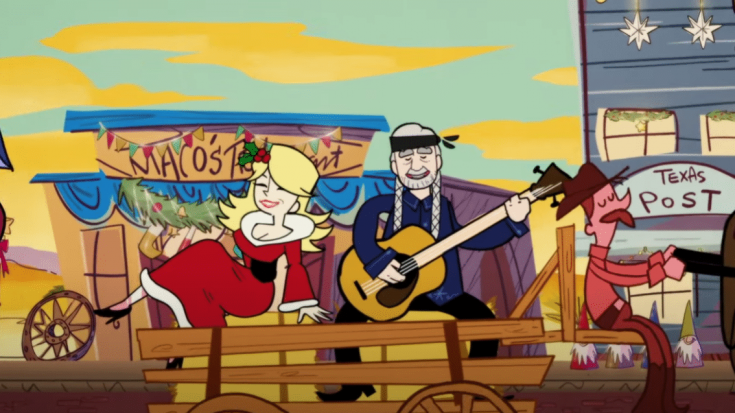 Country music legends Dolly Parton and Willie Nelson teamed up for “Pretty Paper” and got animated for its accompanying music video. The song is featured on Parton’s “A Holly Dolly Christmas”, released on October 20. It’s her first holiday-themed album in thirty years and she enlisted the help of guests like Miley Cyrus, Jimmy Fallon, and Michael Bublé. And of course, she reunited with Nelson for their version of the Nelson original “Pretty Paper.”

Parton said about her record, “I figured since everybody probably wouldn’t get to celebrate Christmas as usual this year, I wanted to be creative instead of sitting around at the house this summer. So I put on my mask, gloves and practiced social distancing, as well as all of the wonderful musicians and singers, and we proceeded to put together what I think is some of the best work that I’ve ever done.”

Nelson wrote “Pretty Paper” in 1963 after he remembered a man from Fort Worth, Texas who had amputated legs and moved with rollers. He sold paper and pencils and called out to people passing by, “Pretty paper! Pretty paper!” Roy Orbison recorded the track and was a hit in the US & UK.

Nelson recorded his own version in 1964.