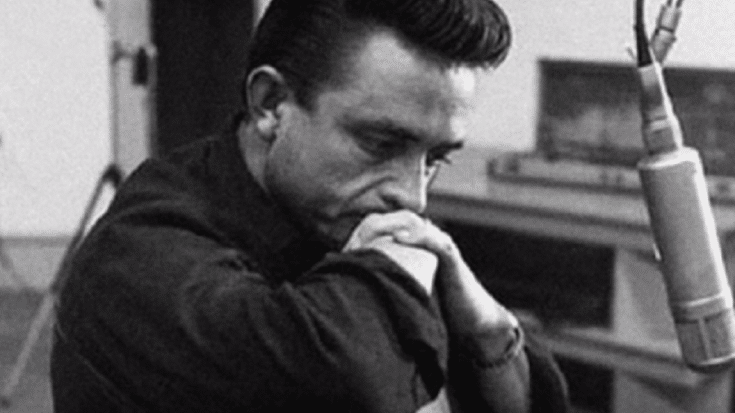 The Best from The Man in Black

With a career spanning almost five decades, Johnny Cash had dozens of studio albums. Not every single one of them is perfect but all things considered, he was a musical genius who only wanted to pursue his passion and refine his craft. He liked to sing and write about pretty much everything – from humor to heartbreak, sorrow to salvation.

While he’s generally known as a country music icon, he also knew how to blur the lines between genres. He can go from rock ‘n roll to blues to country and even gospel. And in celebration of this legend who remains influential and iconic, we bring you ten of his best albums.

Cash never shied away from doing his own rendition of songs that he fancied. This album includes covers of three Bob Dylan songs. At the time, both Cash and Dylan became collaborators after meeting briefly backstage and then chatting after a show. They even traded songs.

It featured the title track which helped Cash become a household name and one that received heavy airplay on the radio. It was a commercial success and was certified gold by the RIAA.

It’s hauntingly beautiful and at the time, he’d been suffering from various health problems which is what changed his voice. While certainly not his best work, it’s brilliant all the same.

The title eventually became Cash’s nickname mostly because he often wore black outfits for his live performances. It’s not seamless but it leaves an impression.

Whether you’re into blues or country rock numbers, there’s definitely something that would strike your fancy. From covers to originals – it’s one unforgettable record.

It contains four essential Johnny Cash tunes – “Cry! Cry! Cry!”, “So Doggone Lonesome”, “I Walk the Line”, and “Folsom Prison Blues”. Even with over 20 albums, this one’s a real standout.

The Rolling Stone magazine called it a “masterpiece” and perhaps that’s the most accurate description. Backed by Tom Petty & The Heartbreakers – what more could anyone want?

This is Johnny Cash at his absolute best. The magic of his live performance captured in a recording – it’s gold!

With a talent like his, Johnny Cash didn’t need much to create an epic album. For this one, producer Rick Rubin gave him two microphones and let him record whatever he wanted. And the result? Let’s just say it’s excellent and exquisite.

While most of the songs here are covers, still that didn’t stop Johnny Cash from adding his own twist to them. The appeal lies in its diversity.