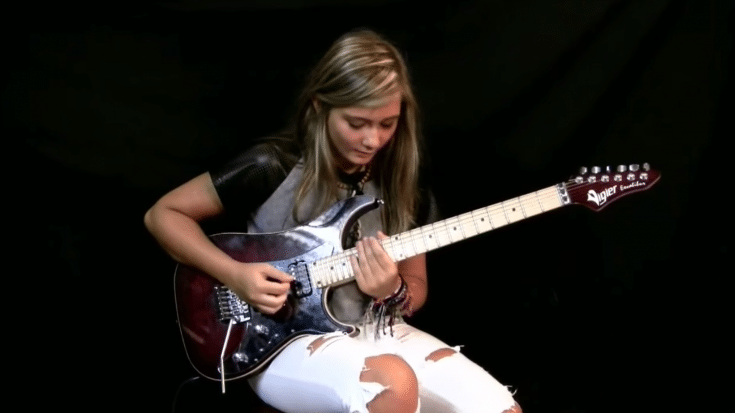 The Force Is So Strong With This Young Lady!

Tina S, the 16-year-old guitar prodigy and YouTube sensation, shreds her way to another impressive cover! We know we were all blown away by her own rendition of “Master of Puppets” but this one is just insane. She has totally outdone herself. Even Jason Becker himself has nothing but high praises for this incredible French guitarist!

“Wonderful playing, Tina! Thank you so much! I am honored!” — Jason Becker

Now, how would that feel if you received that kind of appreciation? Becker wrote this track himself and was included in his memorable first studio album “Perpetual Burn” which was released inn 1988. “Altitudes” was the opening track and the album received four out of five stars from AllMusic.

“I’ve been at the musical conservatoire to learn classical guitar, but I’ve been taking electric guitar lessons with a professor since I was 13… I think it isn’t easy for anybody to learn. It’s really difficult and you have to be really patient when you are learning guitar. You don’t have the choice… Since it’s my first passion, I don’t mind working hard and being patient.” – Tina S

We can’t applaud Tina enough – she’s a gift that keeps on giving. And all the while, we thought nothing could top her DragonForce cover! That was a good surprise though. She only gets better and better and it’s easy to understand why – she puts in a lot of hard work and dedication. Just think how many hours a day she devotes to practicing.

It takes a serious amount of focus to master the electric guitar but Tina makes her playing look almost effortless. Can’t wait to see her perform on stage with some of the Guitar Greats! We’re pretty sure she can hold her own and will most likely impress her heroes too!