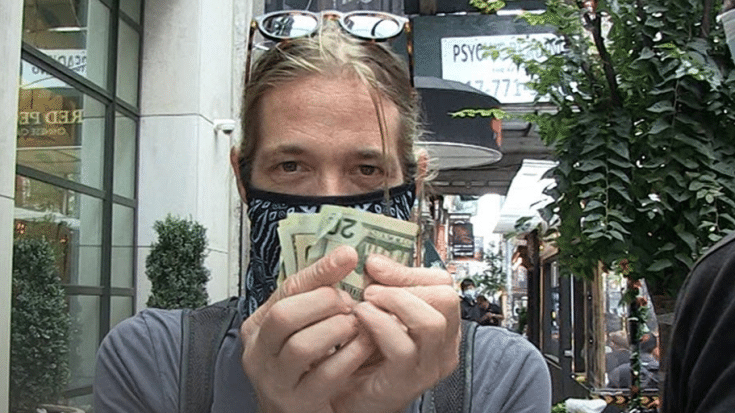 It’s For An Understandable and Maybe Relatable Reason

Even rockstars are sometimes in dire need of cash.

Foo Fighters drummer Taylor Hawkins was caught in a video shared by gossip site TMZ exchanging his autographs for money. He was leaving his hotel in New York City when a couple of fans approached him for his signature. Someone offered him $40 and from then on, it just looked like an auction.

Out of curiosity, the TMZ cameraman asked him why he needed cash. We all know Foo Fighters are booked and they play at sold-out shows, so we honestly have the same question. As it turns out, Hawkins has a pretty good reason – he wanted to keep his wife happy.

“So really, you guys are giving this money to my wife,” he added.

When asked if he accepts payment via Venmo, Hawkins replied: “I haven’t done Venmo yet because then I have to give you guys my phone number.”

Hawkins walked away $64 richer. It may not be much for a rockstar like him, but hey, at least it saved him from a trip to the ATM machine.