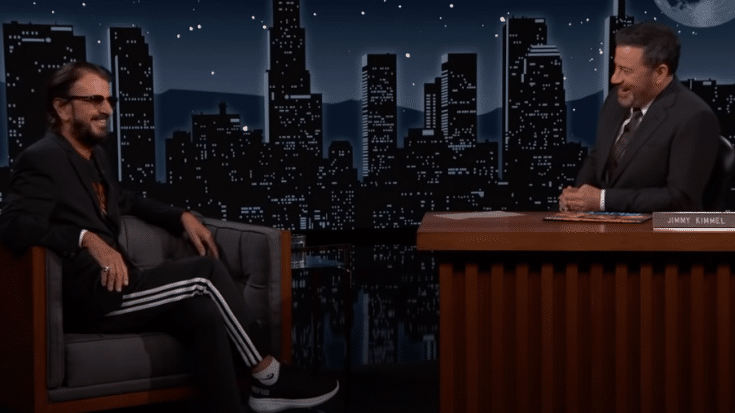 Ringo Starr, who looked like he didn’t age a day after 40, appeared on Jimmy Kimmel Live on Thursday. He discussed his friendship with former bandmate Paul McCartney. The pair has remained close decades after The Beatles disbanded. Apparently, not only do they FaceTime each other, but they also frequently met up.

“I was just in England and we actually saw each other physically,” Starr said. He and wife Barbara Bach had dinner with McCartney and his wife, Nancy Shevell, along with late George Harrison’s widow, Olivia.

And while other people decried the use of face masks since the start of the pandemic, it’s a different thing for Starr who’s well-known to everybody. “With the mask on, I can go anywhere,” he explained.

Meanwhile, the highly anticipated documentary titled The Beatles: Get Back is set to premiere this November 25 on Disney+. Directed by Peter Jackson, it will be released into three two-hour long episodes.

“I had a lot of talks with Peter Jackson because I didn’t actually like the original one because it was very dark,” Starr shared. “Not even dark, it was dull and it was all about this argument that John and Paul had. There was lots of fun, there was lots of joy you know. It wasn’t only that. There was a lot of good music, of course, but also we had a laugh.”