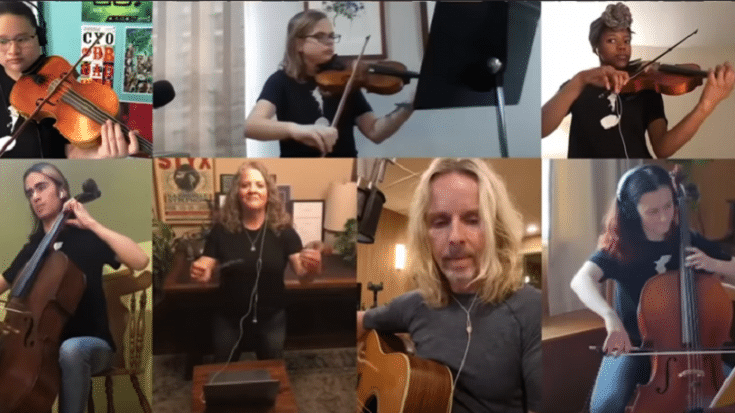 Styx singer/guitarist Tommy Shaw remotely got together with Cleveland’s 88-piece Contemporary Youth Orchestra for their socially distanced take on the band’s 1977 classic hit “Fooling Yourself (The Angry Young Man).” Those who joined Shaw are between 12 and 18 years old.

This cover was made to celebrate the 43rd anniversary of Styx’s seventh studio album “The Grand Illusion” released on July 7, 1977. It was a smashing hit worldwide with sales of over five million. And one of the singles spawned was “Fooling Yourself”. Music director Liza Grossman wanted the orchestra to reunite even while they’re at home so she reached out to Shaw for the project.

In a statement, Shaw said: “Everyone, including me, sent in cellphone videos of themselves playing and singing our parts. Detroit producer, the immensely talented Michael Bradford heard about it and offered his services in post-producing this massive musical event. I have been blown away during this process as it developed into what you’ll see and hear. Remember, aside from Liza and me, none of the orchestra members are older than 18 years of age. We proudly present it to you on the 43rd anniversary, 7/7/77, of the release the album on which it first appeared.”

Accompanying the video is the description that said: “We are still in awe over what these kids have put together, and it was an honor to be a part of their project. Thanks again for letting us in on the fun. Can’t think of any better way to celebrate the anniversary of Grand Illusion. You guys rock!”