Studies Show: If You’re A Drummer, You’re A Little Smarter Than Everyone Else 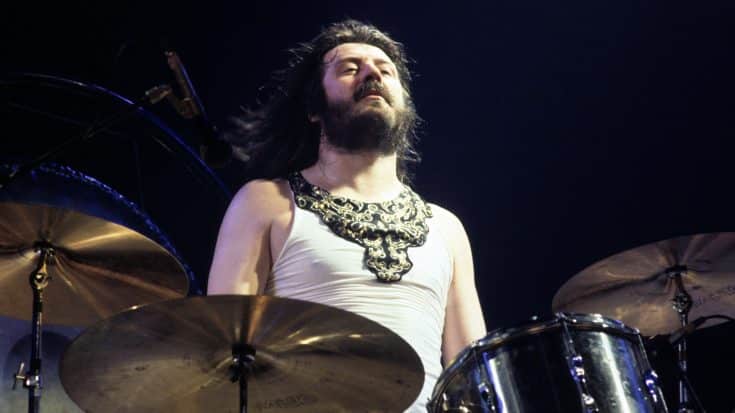 Who Needs A College Degree When You Have Drumsticks?
Is there really any other member of the band that’s as teased or shunned as the drummer? You’ve heard the age-old names drummers have been given over the years. “D.R.U.M. = Doesn’t Really Understand Music” or “The only non-musician of the band”. If you’re a drummer, you’re gonna get made fun of. However, that’s all changing thanks to a little bit of scientific research!

Professor Frederic Ullen, from the Karolinska Institutet in Stockholm led a study to find out whether or not the ability to play drums/keep a beat could be linked to good problem solving skills. In order to accomplish this he and Guy Madison, from Sweden’s Umea University, asked 34 right-handed men between the age of 19 and 49 to tap a drumstick at a variety of different intervals.

Right after doing so, they were given a 60 question intelligence test.

“We found that people with high general intelligence were also more stable on a very simple timing task. We also found that these participants had larger volumes of the white matter in the brain, which contains connections between brain regions.” – Frederic Ullen / telegraph.co.uk

However, intelligence isn’t the only perk you get from being a drummer. The University of Oxford led their own study and found that drummers typically have higher pain thresholds than people who are not drummers. The study was led by University of Oxford psychologist Robin Dunbar who concluded that “people who have just been playing music have a higher tolerance for pain—an indication their bodies are producing endorphins, which are sometimes referred to as natural opiates.” – psmag.com

This study was done in quite a unique way and found that it’s not just listening to music, but actually playing it that produces the higher threshold. Dunbar and his colleagues gathered 12 drummers who play together on a regular basis and 9 musicians who worked at musical instrument store.

The drummers were asked to play together for 30 minutes straight, and the employees were asked to work their shifts for the same amount of time with music playing in the background. When each employee was finished with their shift, they noted that they were in pain. However, the drummers noted that they were not in pain while exerting the same amount of effort and energy.

“We conclude that it is the active performance of music that generates the endorphin high, not the music itself.” Evolutionary Journal / psmag.com

If any drummers are reading this right now, just know that now you have scientific research on your side proving that you’re more capable of great things than others make you out to be.

There’s no doubt that drummers are part of the foundation of any given band, but now there is proof that you are the bedrock to civilization as we know it!