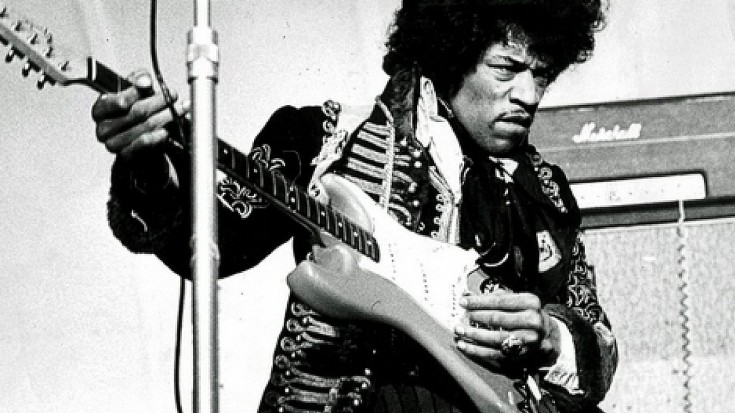 From Axis: Bold As Love

Released in 1967 as part of Jimi Hendrix’s Axis: Bold As Love, the album closer and title track “Bold As Love” is one of our favorites; a song where Jimi used colors to represent emotions, it’s an impossibly bright and happy tune that never ceases to make us smile, and Jimi’s guitar work on the track is second to none. However, something is missing; in the final cut of “Bold As Love,” the broad textures of Jimi’s playing get a little lost in the mix, supported by a chunky bass line and rhythm as well as a rich vocal section – until now, that is.

Jimi Hendrix recorded his guitar work backwards as well as forwards for the title track on Are You Experienced.

Take away the extra studio production and backing band and you’re left with 4 minutes of guitar work on a song that doesn’t get nearly enough credit for how incredible and how genius it actually is, and a guitar tone from Jimi that’s so bright it actually paints the colors he’s singing about – suddenly, one guitar turns an entire song into an absolute work of art that was meant to be heard in its rawest form.