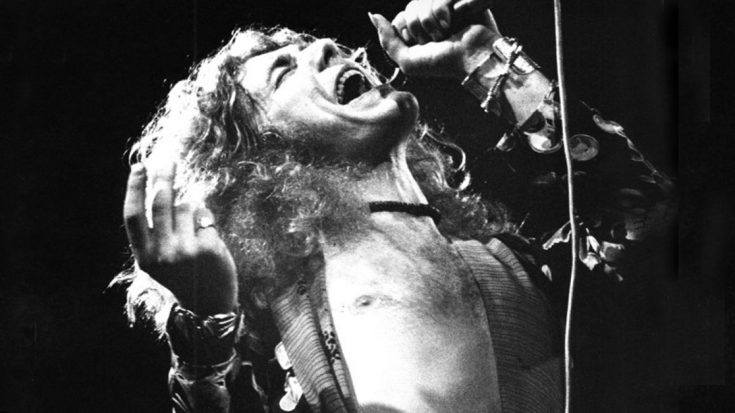 Widely regarded as one of the greatest voices in rock history, Led Zeppelin frontman Robert Plant has enjoyed a music career that’s spanned nearly half a century – and for good reason. With a vocal range capable of powerful lows and unbelievable highs, Robert’s abilities as a vocalist are unmatched and as you’re about to hear, he may be a formidable force with a full band behind him, but left alone in a studio booth with only his voice and his lyrics, Robert Plant is unstoppable. In recently surfaced audio from Led Zeppelin’s original master tapes, you can hear Robert in the studio as he works out “Whole Lotta Love” from beginning to end, alternating between powerful belts and barely breathed, unintelligible noises that would ordinarily be lost in the final mix.

This cold killer of an opening track from Led Zeppelin’s sophomore album suddenly takes on a brand new feel as you realize that you’re hearing “Whole Lotta Love” from the very beginning, giving you not only a great glimpse into the tremendous vocal abilities of Robert Plant but an even greater look into how a band of Led Zeppelin’s caliber approached songwriting and recording. Happy listening!