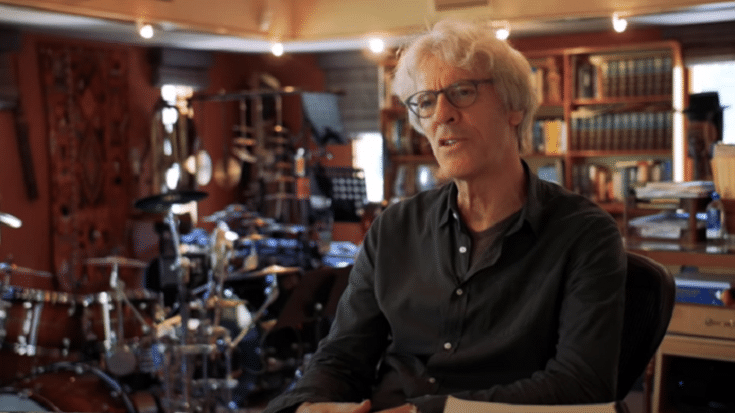 They Were Close Friends

Prior to the coronavirus outbreak, Stewart Copeland performed with his band Oysterhead for the first time in 14 years. Following two shows in Broomfield, Colorado, they had more dates planned but like everyone else, they were forced to postpone them when the COVID-19 hit the US.

In a new interview with Rolling Stone, Copeland admitted that they were all looking forward to those performances but ever since the lockdown, he’s been keeping himself busy by working in his home studio, the Sacred Grove.

Rush’s Neil Peart, who passed away on January, was a close friend of Copeland. Speaking about the Peart’s passing, Copeland said: “It took longer to hit me than his family and so on. He was a really good friend and a unique character. And a big part of my enjoyment of life was going down to the Bubba Cave and shooting the shit about cars, or him coming over here with Danny Carey and others to have it up at the Sacred Grove. I am very sad to miss those times.”

He added, “When he first passed, I was pleased for him, because [his illness] was a two-to-three-year process. At one point during it, he said, “Look, I’m a year past my sell-by date. I’m still here.” And then another year went by. So when he passed, my first thought was, he had an incredible life. What a great way to go out. He saw his train coming and he got a first-class seat. That’s him. Then comes me, thinking, “Wait a minute. He’s not there anymore. I can’t call him up anymore.” I started to just miss him. I just wish he was back. Like, “That was really cool, Neil! Wow! You really aced it there, buddy! OK, you can come back now.” And that’s the part that sticks with me. I just wish he was here.”

Copeland also recalled the last time he saw Peart: “It was at his birthday party, [four] months before he passed. He still had his dignity. You could tell he was appreciating to still be here, but you could see it was beginning to take its toll. It went from not great to really bad very quickly. It was a gradual, gradual impairment. Socially, he was still Neil. He was still the Doctor, still the Professor. Still Neptune on high! But he said, “I’m not getting on my motorcycles again and I’m not getting on a drum set anytime again.” And those were disappointments to him, but he was still glad to be here.”

Apparently, Peart wasn’t all too serious which is what most people perceive him to be. According to Copeland, “He had some quirks. One of the stranger quirks, which any Rush fan probably knows, or anyone who has loved Neil, [is that] he cannot take compliments. He cannot take adulation. It just touches a button. I should be speaking in past tense. He had, I suppose, a dour exterior, but that craggy, dour exterior just made his wit more piercing. If you’ll forgive the pun.”