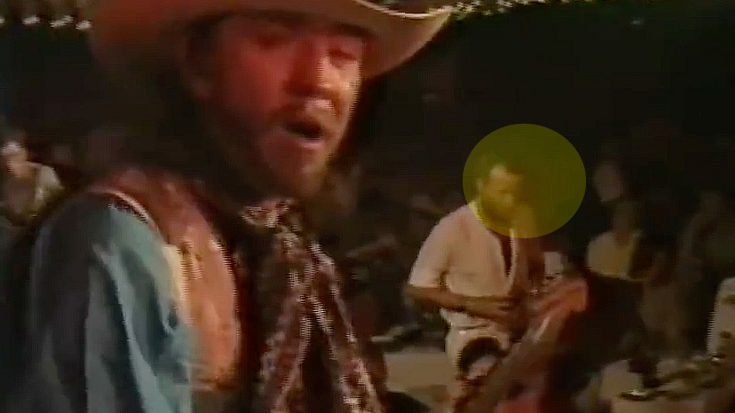 Did That Really Just Happen?

In the years following the onstage murder of Pantera’s Dimebag Darrell at the hands of crazed gunman Nathan Gale, it’s hard to remember a world in which fans were allowed to approach the stage while their favorite musicians performed, but once upon a time ago it did exist and when it did, boy – talk about memories to last a lifetime! One fan in particular earned some serious bragging rights – and raised eyebrows – when during one of Stevie Ray Vaughan’s explosive performances he actually traversed his way through the crowd of people and stopped Stevie mid-solo as he was thrashing Jimi Hendrix’s “Voodoo Chile (Slight Return)” to shake the legend’s hand.

Yep, you read that right: he interrupted a guitar solo to shake Stevie’s hand.

Now – many musicians hate being interrupted while they’re playing because it ruins the immersion and it’s more than a little disrespectful, but not our Stevie; not only did he reach out with his right hand to shake the man’s hand for several moments, he actually continued to work the fretboard with his left hand before getting back to work. How priceless is that? He could have very easily gotten angry and been a jerk and no one would have batted an eye but instead, Stevie was his regular sweet, gracious self the entire time. Somehow, I think his reaction meant more to the gentleman than the handshake!