29 Years Ago: Stevie Ray Vaughan Left Everyone Speechless With A Ruthlessly Epic Cover Of “Voodoo Child” 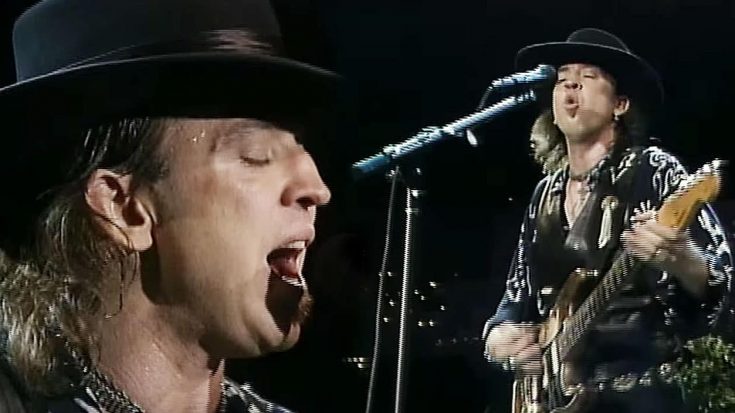 As if I needed to really tell you that Stevie Ray Vaughan was a legend amongst his piers. It goes without saying that the blues legend SRV was and is without a doubt one of the all time greatest guitarists leaving behind a legacy that is truly unmatched. Even 28 years after his death, he is regarded as one of the most iconic and influential guitarists and his tricks and techniques are still being studied today. He is one of the best, pure and simple.

“I loved Jimi a lot. He was so much more than just a blues guitarist. He could do anything. I was about sixteen when he died. I could do some of his stuff by then but actually I’ve been trying to find out what he was doing moreso lately than I was then. Now I’m really learning how to do it and I’m trying to expand on it … not that I can expand on it a whole bunch. But I try.” – Stevie Ray Vaughan

Along with his stellar original music, SRV consistently knocked it out of the park with his cover tunes, one in particular is his wicked cover if Jimi Hendrix’s Voodoo Child. There’s no doubt that Jimi Hendrix would absolutely love SRV’s version of this classic guitar jam, and that much is known in this video here!

What you’re about to watch is a video in which SRV takes to the stage in 1989 at Austin City Limits and perform the aforementioned song Voodoo Child. To put it simply, SRV knocks it straight outta the park like he always does. Don’t believe me? See for yourself!