Stevie Nicks Talked About Politics For One Second And This Audience Loses It, Completely… 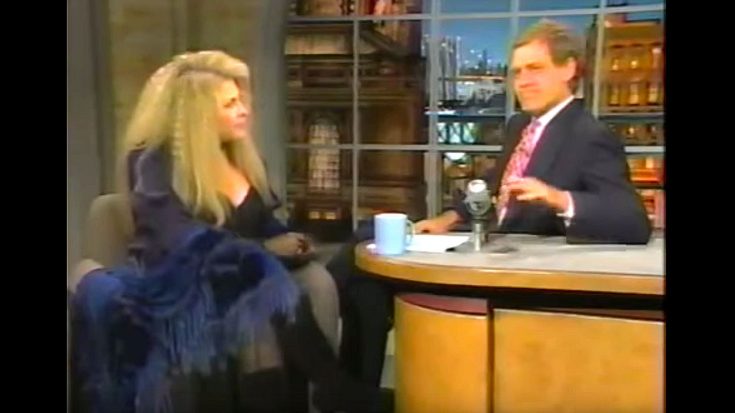 Stevie Nicks Has The Best View Point On EVERYTHING!

Have you ever heard of a person that dislikes or disagrees with Stevie Nicks? Yeah, me neither. In fact, it’s hard to even imagine anything that Stevie Nicks has done wrong, because a very popular and true statement to make is “Stevie Nicks can do no wrong”. That is certainly the case here, as well.

In 1994, Stevie Nicks was a guest on the Late Night With David Letterman Show. To everyone’s delight, Stevie Nicks talked about her music, personal life, and told heart warming endearing stories… That was until the last question that was asked.

In this video, Stevie Nicks is asked about what she thinks about the man who was president of the United States at the time which was Bill Clinton. When Stevie Nicks gave her answer, the entire crowd erupted in applause. Now think about that. Stevie Nicks gave an answer that was less than ten words, and the crowd instantly applauded her. See for yourself!