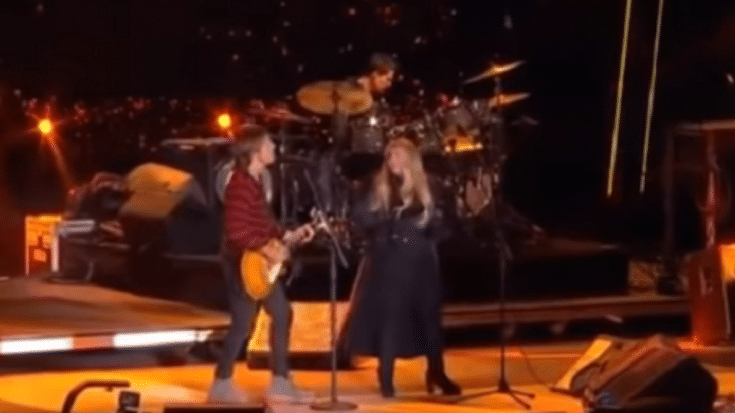 They Teamed Up For A Tom Petty Classic

Playing for over 200,000 people in the crowd, it’s a record-breaking attendance compared to 2018’s 175,000. Urban said, “This feels like the beginning of a damn fine year. Stevie Nicks just joined our band.”

Urban also paid tribute to musicians who passed away in 2019 by performing a seven-minute medley – “My Best Friend’s Girl” and “You Might Think” for The Cars’ Ric Ocasek, “I’m A Believer” for The Monkee’s Peter Tork, “Sunshine of Your Love” for Cream’s Ginger Baker, and “It Must Have Been Love” for Roxette’s Marie Fredriksson to name a few.

Urban is actually no stranger to performing Fleetwood Mac classics. He already covered “Second Hand News” in 2018. In 2013, he also joined Little Big Town for their rendition of “The Chain.”

You can check out Urban and Nicks’ Music City Midnight performance below and let us know what you think.