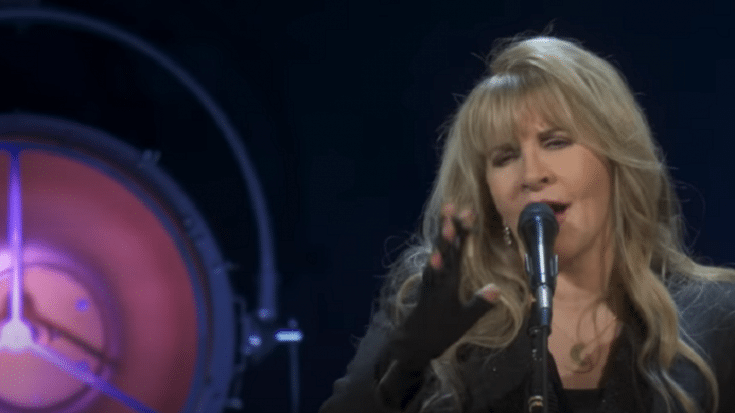 Stevie Nicks is streaming a full-length live version of her 1973 track “Crying in the Night” ahead of the screening of her film “Stevie Nicks 24 Karat Gold The Concert” which will hit select theaters on October 21 and 25. The accompanying live album will be released on October 30 – available in a variety of formats including a 2CD set, regular black vinyl edition, and on streaming platforms.

Speaking about her latest project, Nicks said: “The 24 Karat Gold Tour was my all-time favorite tour. I not only got to sing my songs but I was able to tell their stories for the first time. I love having the opportunity to share this concert with my fans.”

“Crying in the Night” was written by Stevie Nicks and first featured on the only Buckingham Nicks studio album.

In a new interview with Vogue, Nicks mused: “There’s so many layers to each moment in life. I always climb into the next layer of my stories and have to pull it back when I see somebody on the side of the stage waving their hands yelling, ‘No! No! Stop!’ I’ll just have to tell all my other stories next time.”

She has previously said that even though she’s already 72 years old, she’s not retiring anytime soon.