Stevie Nicks Reveals She Went To ICU After 2019 Induction 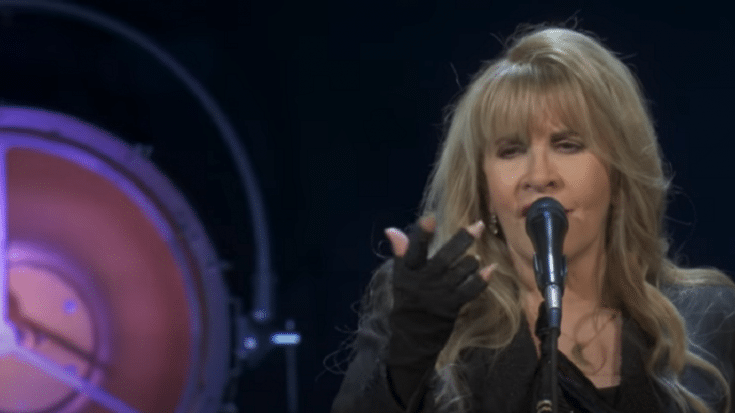 She Says She Doesn’t Want Her Career “To Be Over”

In a new interview with Variety, Stevie Nicks has revealed that she ended up in the ICU following the 2019 Rock and Roll Hall of Fame induction ceremony.

She recalls, “I have compromised lungs. I was really sick last year. The night of the Rock and Roll Hall of Fame, I knew before I went on stage that something was wrong with me, so I had to really pull it together. The next day I got really sick, and I ended up going into the hospital in Philadelphia for a week in ICU with double pneumonia and human metapneumovirus and asthma.”

She says, “You may get over it and just be like, “Great, great. I’m good. It’s gone.” It’s not gone. It comes back in little ways to attack you forever. You’ll never get rid of it. So you don’t want to get it. I’m like, I’ve built like a thin paper shield of magical plastic around me, you know? Because I don’t want my career to be over. I don’t want to not pull on those boots again.”

Stevie Nicks has recently joined the “Dreams” challenge but instead of recreating the viral TikTok video by Nathan Apodaca, she did her own take by filming herself sitting beside a piano and putting on her roller skates.