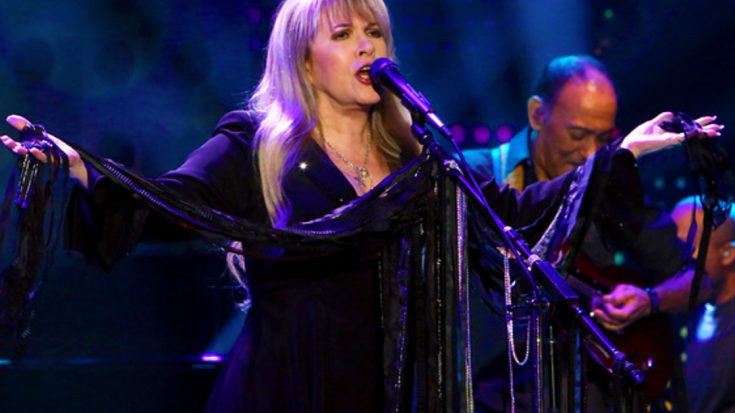 Stevie Nicks is a busy woman these days, with her highly anticipated 24 Karat Gold tour slated to kick off in just a few weeks’ time and her days leading up to the tour spent rehearsing and narrowing down her 31 song setlist to songs guaranteed to keep us singing and dancing for hours on end. Lucky for us, rock’s fairy godmother found time to stop by Ellen for a rockin’ afternoon that saw the 68 year old rock legend dazzle the crowd and viewers at home with “Edge Of Seventeen,” giving us a long awaited taste of what we can and should expect when her 24 Karat Gold tour kicks off.

Fun Fact: According to Stevie Nicks, the title came from a conversation she had with Tom Petty’s first wife Jane, about the couple’s first meeting. Jane said they met “at the age of seventeen”, but her strong Southern accent made it sound like “edge of seventeen” to Nicks.

As enchanting as ever as she performs her solo classic hit, Stevie brings an incredible energy to “Edge Of Seventeen” that sees her interacting with both her backup band and singers as well as busting out a few dance moves here and when the camera pans out to the audience, there isn’t a single person sitting down – that’s how magnetic Stevie is and always has been as an entertainer, and if her performance on Ellen is anything to go by, then we’re in for a treat when she hits the road this fall!