Ozzy Osbourne Spills Details On The Embarrassing Text Message He Once Sent To Robert Plant! 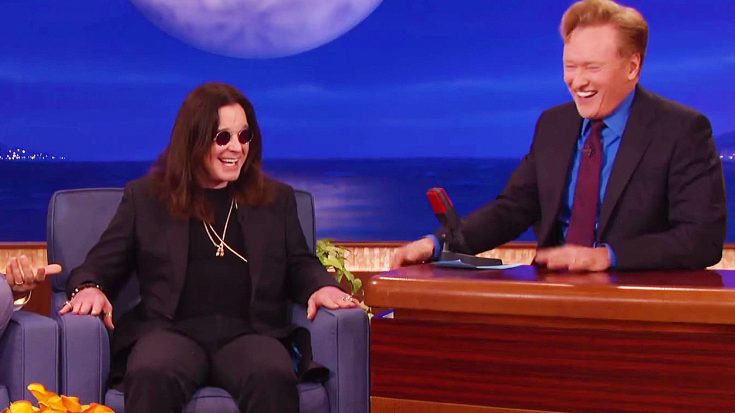 Everyone has sent a text message that they regret sending in the first place. The second you hit send, you wish you could take it back, delete it and throw it away forever. This weekend, Ozzy Osbourne and his son Jack visited Conan O’Brien for an interview to talk about their brand new TV show, where they road trip across the United States. Jack bashes Ozzy for his inability to navigate in the car. Ozzy says that he refuses to use the maps on his phone, because he’s not adept to using the technology. That’s when Jack chimes in and shares the time that Ozzy sent an embarrassing text to his good friend Robert Plant.

Jack says that Ozzy once sent Robert a text message that read, “I can’t find the cat.” How funny, and embarrassing! What makes this great, is that it’s completely out of the blue and out of context. Gotta love Ozzy!

You can watch the entire interview for yourself down below! They also talk about the TV show, and Ozzy even spills on the hilarious response Robert sent back to that text!

Check it out for yourself down below!