Stevie Nicks Recalls Her Abortion To Pursue Her “World’s Mission” 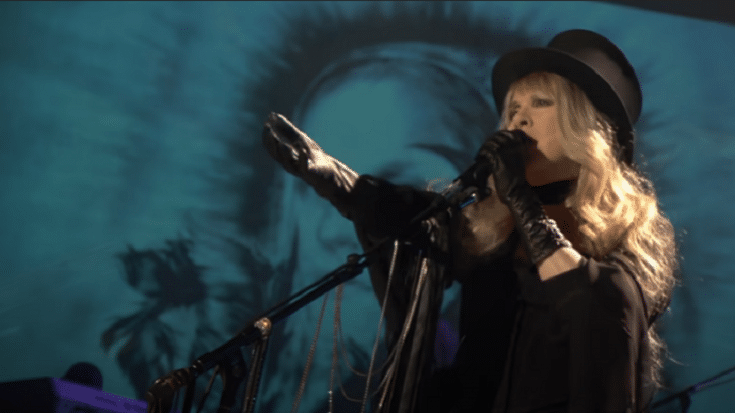 She Says She “Had To Walk Away”

In a new interview with The Guardian, Stevie Nicks looks back to when she chose to terminate her pregnancy in 1979. At the time, she was dating The Eagles’ Don Henley and Fleetwood Mac was still riding high on the success of their albums. They were at the peak of their career.

She muses, “If I had not had that abortion, I’m pretty sure there would have been no Fleetwood Mac. There’s just no way that I could have had a child then, working as hard as we worked constantly. And there were a lot of drugs, I was doing a lot of drugs … I would have had to walk away.”

Then she adds, “And I knew that the music we were going to bring to the world was going to heal so many people’s hearts and make people so happy. And I thought: you know what? That’s really important. There’s not another band in the world that has two lead women singers, two lead women writers. That was my world’s mission.”

She also notes that “Abortion rights, that was really my generation’s fight. If President Trump wins this election and puts the judge he wants in, she will absolutely outlaw it and push women back into back-alley abortions.”

At 72 years old, she admits that she’s still not “willing to give up my career.” She doesn’t want to stop singing and performing.