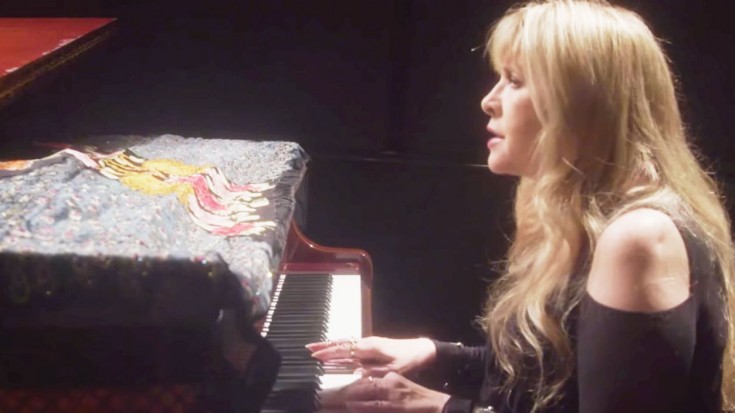 We Love This Rock Goddess Eternally!

Stevie Nicks wrote “Gypsy” and originally intended to include it in her solo album but eventually released it for Fleetwood Mac’s 13th studio album “Mirage.” When her friend Robin Anderson died from leukemia, this ballad eventually became a tribute for her. They met when they were still around 14 or 15 at a high school in Los Angeles.

There are two points of inspiration behind “Gypsy”, as stated by Stevie Nicks. The first of which is a point of nostalgia for Nicks: her life before Fleetwood Mac.

The second, and most emotional, subject of this song is the message as a tribute to someone’s passing. On October 5, 1982, Robin Snyder Anderson, Stevie’s best friend, died of leukemia.

Whatever Stevie sings is beyond beautiful. Somehow, she weaves a spell on you that makes you NOT want the performance to end. And we feel this way exactly. This stripped-down rendition is so raw and intimate and we just can’t get enough of it. No one sings it like her.