The Eagles’ 1973 “Witchy Woman” Performance Will Give You Goosebumps 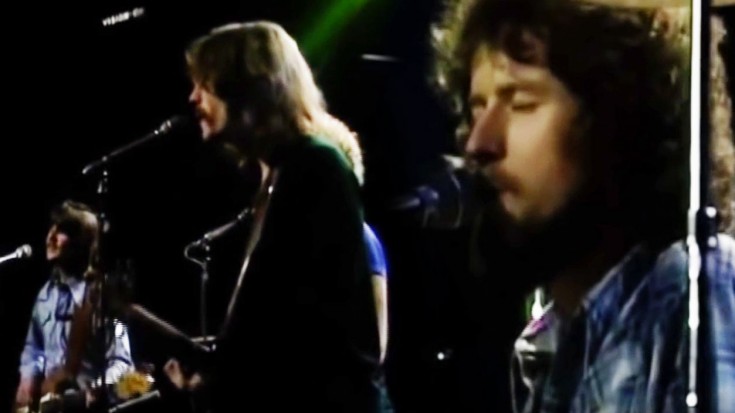 Performing iconic hit “Witchy Woman” in ’73 on BBC, our Eagles are in perfect unison with pristine vocals; no other band could do what the Eagles have done with this unforgettably entrancing ballad.

“She held me spellbound in the night, dancing shadows and firelight, crazy laughter in another room and she drove herself to madness with a silver spoon…”

Relating to many women they had met in their past, the Eagles describe a woman’s ability to seduce innocent men with a sexual and matured influence that only she can control.

Interesting Fact: As you can hear in the playful banter just before they begin to sing, guitarist Bernie Leadon plays a “strange, minor-key riff that sounded sort of like a Hollywood movie version of Indian music.” The song’s lyrics didn’t develop until Henley went down with a flu and high fever while he was reading a book about Zelda Fitzgerald.

Although the guitar in this song is awesome, Don Henley’s incredible vocals and infectious- beat drumming really make the song full and so beautifully creepy in the best way possible.