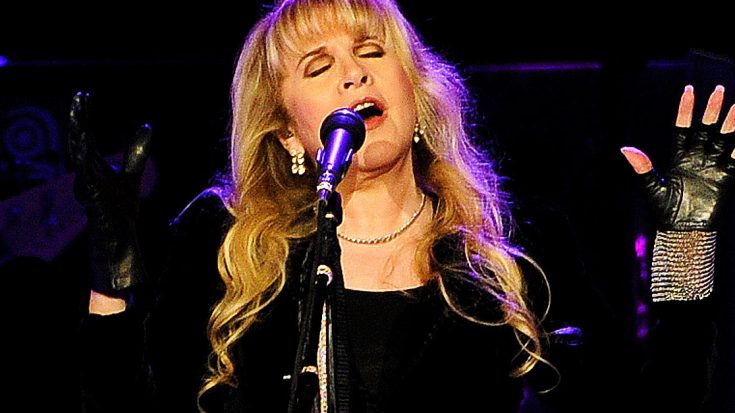 As if it’s not already painfully evident, we’re huge fans of Fleetwood Mac’s Stevie Nicks. Equal parts elegant and a force of nature, Stevie’s held us and millions of others captivated for over 40 years with her brand of rock and roll mixed with a little magic, and whether she’s with Fleetwood Mac or holding it down as a fiercely gifted solo artist, there’s something inherently magical about the 68 year old rock legend that makes us want to drop everything and hang on to her every word and this performance of “Edge Of Seventeen” is no different.

Fun Fact: “Edge Of Seventeen” was written to express the grief resulting from the death of Stevie’s uncle Jonathan and the murder of John Lennon during the same week of December 1980

Inspired by a conversation with friend Tom Petty’s first wife Jane, “Edge Of Seventeen” has never rocked harder than when Stevie took the stage in the footage you’re about to see and proceeded to own every single moment of her lengthy 3 minute and 54 second performance; a powerful figure draped in her usual black outfit with towering black boots standing in the middle of the stage, Stevie is a force to be reckoned with as she blasts through this Bella Donna classic, all powerful gestures and wild energy and looking for all the world like the woman we knew she’d become more than 40 years ago. Check out one of our favorite performances from Fleetwood Mac’s rock and roll fairy godmother in the footage below, but be warned: you’ll definitely want to get up and move for this one!