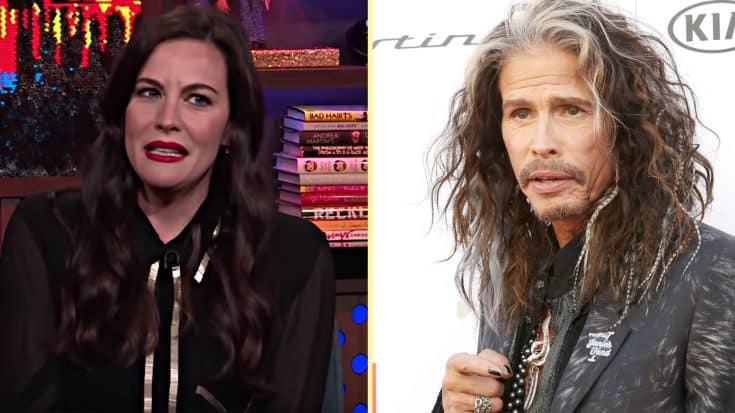 If you know anything about Steven Tyler you’ll know that he is one of the most eccentric and colorful personalities in all of rock & roll history, but he is also one of the most beloved in history. To put it simply, there’s a youthful exuberance in everything that he does.

Whether it involves his singing, his philanthropy, or even just him signing autographs, Tyler brings light and love not just into all the things he does, but in turn, into all those around him. It’s just one of a million reason we love his guts. In other words, Steven Tyler can do no wrong, and that’s definitely the case with what you’re about to watch here.

Steven’s daughter Liv Tyler was recently featured as a guest on Watch What Happens Live with Andy Cohen and during their discussion, a caller called in to ask Liv if she could recall any of her father’s most embarrassing moments. Though she said that she couldn’t recall any in particular, she did let out a curious little tidbit about the one time her father chose to utilize a rather unique fashion sense. Check it out for yourself!