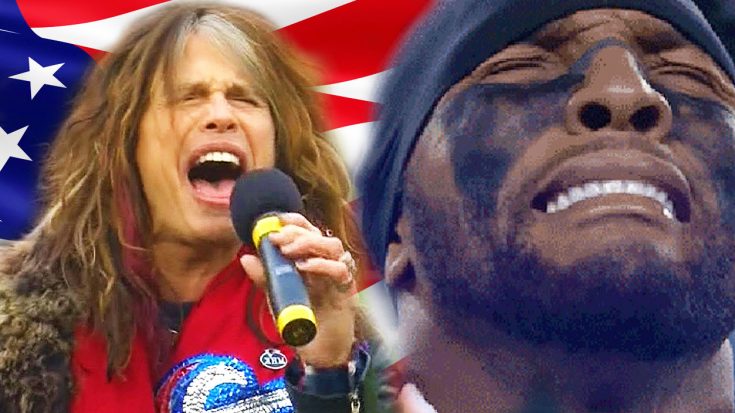 That voice is iconic!

It’s always an honor for any artist to sing the National Anthem. It’s one of the most difficult songs to sing, and there are a wide variety of renditions out there that people have done! No matter what arrangement or rendition an artist choses, it’s always admirable that they take on the challenge.

Back in 2011 for the NFL’s AFC Championship between the New England Patriots and Baltimore Ravens, Aerosmith lead singer and rock icon Steven Tyler took on the task of singing the “Star Spangled Banner.” Steven’s rendition will give you chills, and is the perfect way to kick off this significant game! There are parts in the song that Steven adds some of his signature screams, and it makes the song sound substantially better! It’s unique, it’s creative and it’s one of the best renditions of the song that we’ve ever heard!

Steven’s rendition is so powerful, that at one point Ravens middle linebacker Ray Lewis is brought to tears! Talk about uplifting!

Check out Steven’s phenomenal rendition of the “Star Spangled Banner,” and prepare to be amazed!