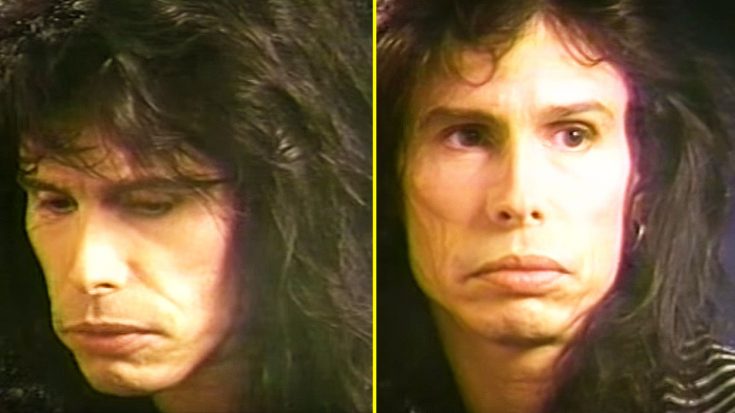 “You’re Looking at a miracle”

In the 1970’s, Aerosmith had the reputation of being one of the heaviest drug using band in rock n roll. All members of the band, especially Steven Tyler, were drug addicts. Tyler’s drug of choice was heroine, after numerous instances of overdose it wasn’t until his manager demanded he be put in a rehab facility, that the singer finally decided to quit. Tyler says that the drug almost killed him and how thankful he was that his manager did that to him.

This interview took place in April of 1994, a few weeks after fellow rock musician and heroine user Kurt Cobain committed suicide. Cobain was not as fortunate as Tyler, and never received the help he needed. In the interview, Tyler speaks about how Cobain’s tragedy hurt and scared him. He felt that he could’ve ended up that way had his manager not demanded he received the help he needed. After getting sober, Tyler and Aerosmith gained arguably more success and popularity compared to when they were on drugs. We’re happy that Steven got the help he needed.

You can watch the interview for yourself down below!