Steven Tyler Overhears Band Playing His Song In A Bar, Stops In, And Shows ‘Em How It’s Really Done 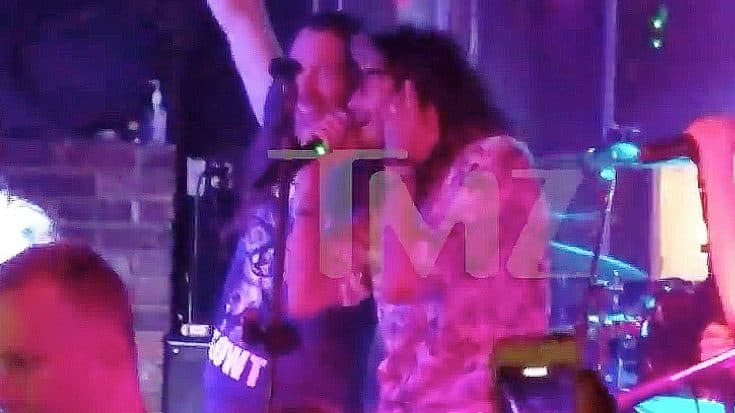 Ordinarily we’d say that this is something you’d only see in cheesy 80s flicks.

However, Steven Tyler is involved, which means that not only did what you’re about to see actually happen, it was twice as awesome as anything Hollywood could ever come up with!

The 70-year-old rock legend was in New Orleans last week, cruising past The Famous Door on Bourbon Street one night when a familiar sound caught his ear. A band was inside playing Aerosmith tunes for a packed house and thankfully, fate stepped in at just the right moment.

According to our pals at TMZ, someone in the crowd managed to give the band a heads up that Steven was strolling around nearby. The guitarist dropped everything and took off for the entrance, spotted Steven and immediately invited him onstage to share a song or two.

Steven didn’t disappoint – not by a long shot!

He hit the stage to the delight of the crowd and the band, drawing furious applause when he launched into a cover of Aerosmith’s 1975 classic “Walk This Way”. For the next few minutes it was a party you’d have to see to believe; Steven sharing a microphone with the lead singer, fans in the first row grabbing at his hands and clothes. While the audience got a huge kick out of seeing Steven in such an intimate, surprising setting, it was actually the band who wound up having the most fun of all Thursday night!

Then, as quickly as he came in, Steven dashed off into the night after sharing hugs and kisses with the band, creating yet another incredible “you had to be there” moment in an already unbelievable life. Check it out in the video below!