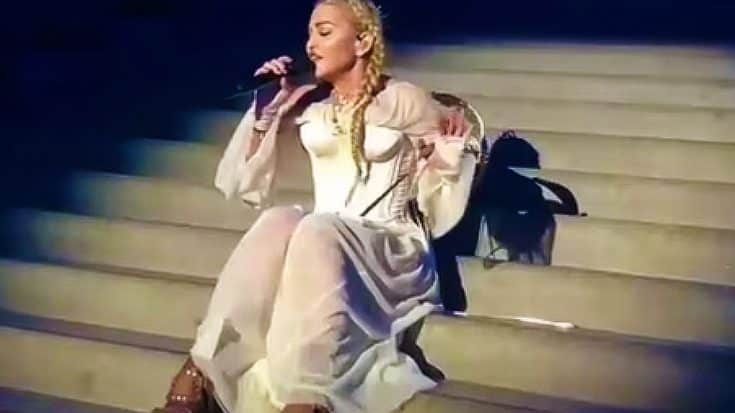 The champagne glasses have been rounded up, expensive designer dresses and suits put away, and celebrities are asleep after partying into the wee hours of the morning at last night’s Met Gala.

Easily the biggest fashion event of the year, the 2018 Met Gala hosted a who’s who list of celebrities decked out in wildly expensive, over the top gowns and suits designed to fit with this year’s theme of “Heavenly Bodies: Fashion and the Catholic Imagination”. With a theme that ornate, that controversial and wonderfully over the top, it should have gone without saying that last night’s Met Gala was quite literally a match made in Heaven for Madonna.

So understated for #Madonna considering the theme #MetGala pic.twitter.com/4oHcVQfDDb

The 59-year-old Queen of Pop dominated the red carpet, first arriving in an all black ensemble designed by Jean-Paul Gaultier. She then disappeared for a time, only to reemerge in all white for a surprise theatrical performance of her controversial 1989 hit “Like A Prayer” – another reminder that when it comes to seizing opportunities, Madonna reigns supreme.

The fan shot videos of Madonna’s performance don’t even begin to capture how incredible her performance was!

A handful of monks in brown robes appear onstage, and for a moment it just seems like a piece of Met Gala inspired performance art. That is, at least, until the spotlight landed on one monk who pulled back their hood to reveal Madonna, who launched into a dramatic performance of “Like A Prayer” with the help of a series of highly skilled dancers.

Leonard Cohen’s “Hallelujah” was also on last night’s setlist, keeping with the Met Gala’s “Heavenly Bodies: Fashion and the Catholic Imagination” theme and by the time the final note rang out, social media was abuzz with Madonna’s surprise performance.

Oh wow I now appreciate this outfit so much more ?? Queen of referencing herself pic.twitter.com/0b3mqtfeew

#Madonna was the only one who could do this year’s #METGALA18 exhibit, “Heavenly Bodies: Fashion and the Catholic Imagination,” justice, and she delivered with a surprise performance that was nothing short of divine. ☦️ pic.twitter.com/BpCJr0U7Zz

If this wasn’t a performance for the ages, I don’t know what is. Check out Madonna’s Met Gala footage in the video below!