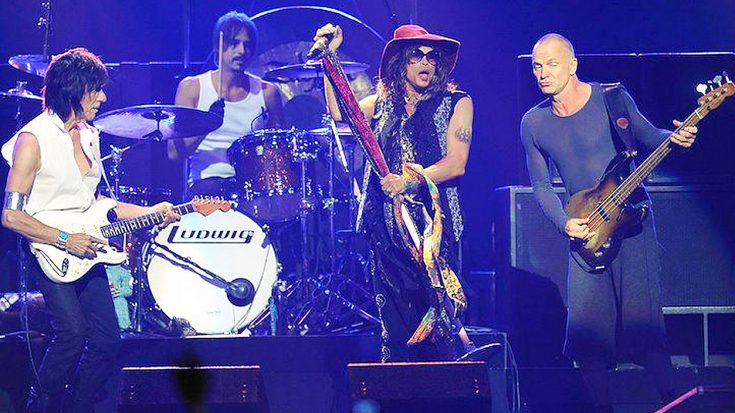 It’s hard to think of anything better than rockstars teaming up for amazing duets! As solo acts, we know these rockstars are able to produce incredible music, but when they come together, they turn the music into pure magic!

Take for example this performance of Aerosmith’s “Sweet Emotion.” Steven Tyler teamed up with guitarist Jeff Beck and Sting for an unforgettable performance at the 2011 iHeart Radio Music Festival. Tyler’s voice, as always, sounds phenomenal and Jeff Beck’s guitar adds that extra flair to the song! Also, Sting’s groove on the bass is fantastic, and he contributes some great vocals on the performance as well!

Fun Fact: Steven Tyler wrote this about how frustrated he was with the band. They were doing a lot of drugs at the time and tensions often ran high, especially between Tyler and guitarist Joe Perry. The song is also a statement about doing your own thing without letting others bring you down.

Check out the amazing performance down below, and prepare to be amazed!