Back In 1988, Mick Jagger Inducts The Beatles Into The Hall Of Fame With Heartfelt Speech 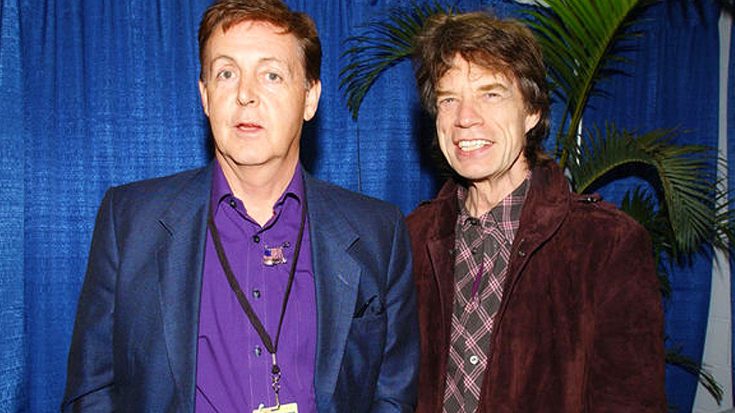 They were friends in the end

Throughout the 1960s, the Beatles and Rolling Stones rivalry was at an all-time high. Not only were the bands rivals, but fans were divided as well. It was basically the equivalent of choosing a political party or a sports team.

But at the end of the day, both bands were actually pretty good friends, especially in the later parts of their careers. Earlier on, they were young and naive, but as they grew older they had a mutual and mature respect. They respected each other so much, that Mick Jagger actually inducted the Beatles into the Rock and Roll Hall of Fame. His speech is incredibly touching! He references the rivalry, but also talks about how inspiring they were to him, and how much they revolutionized music!

“We went through some pretty strange times. We had a sort of — a lot of rivalry in those early years, and a little bit of friction; but we always ended up friends. And I like to think we still are, ’cause they were some of the greatest times of our lives, and I’m — I’m really proud to be the one that leads them into the Rock and Roll Hall of Fame.”– Mick says in his speech.