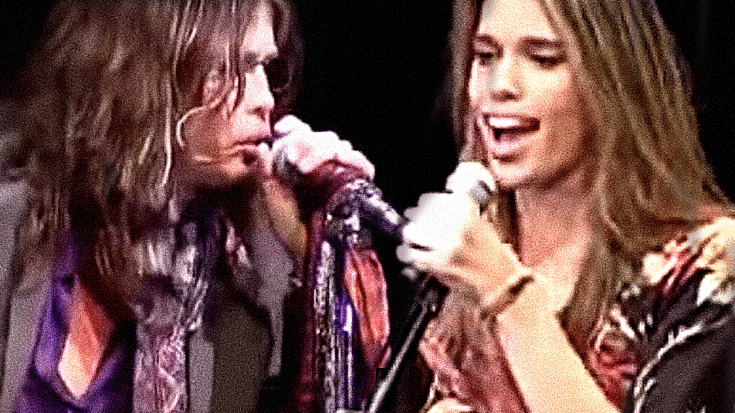 Talent Runs In The Tyler Family!

When you’re the child of a legend like Aerosmith’s Steven Tyler, it’s pretty much expected that you’ll eventually follow in daddy’s footsteps in some way; we know about Steven’s daughters Liv and Mia and the success they’ve found in music and modeling, and son Taj’s brief stint in acting – but what of his youngest daughter, Chelsea?

In 2008, Chelsea emerged as a pretty talented musician and vocalist in her own right, with one of her very first appearances being alongside proud papa Steven for a rendition of ‘Remember (Walking in the Sand)’.

These days Chelsea sings for her own bands BadBad and Kaneholler, but we have no doubt that when she’s not entertaining her own audiences, she’s more than happy singing right along with dad.

Fun Fact: Made famous by girl group The Shangri-Las in 1964, ‘Remember’ proved to be a minor hit when Aerosmith covered it in 1980.

These two are fantastic together – not only is Chelsea a mirror image of Steven in terms of looks, but she definitely shares her dad’s love of entertaining onstage. Who knows – maybe one day we’ll hear daddy and daughter on an album together!