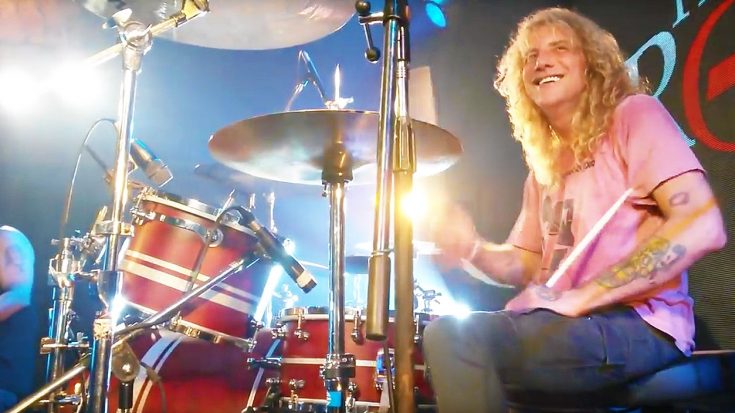 A moment this band will never forget!

Steven Adler is still rockin’ after all of these years. There were a lot of people out there who were concerned about him. They were questioning whether he had the ability to play songs off of Guns N’ Roses’  album Use Your IllusionI. Well, a recently leaked video proves all of that wrong!

While Guns N’ Roses was touring for their Not In This Lifetime… Tour in Buenos Arias, Argentina, Adler decided to surprise fans, and join the band for a few songs at both of his shows! Prior to reuniting with the real GNR, Adler decided to surprise a tribute band called Son of A Gun! Adler showed up to their show, and hopped on the drum kit for their cover of “Knockin’ On Heaven’s Door!” The song is off of the band’s Use Your Illusion album, therefore proving that Adler can in fact play songs off of that album! Steven even poked fun at those who had their doubts.

“For all the people that don’t think I’m capable of playing songs off of Use Your Illusion, here you go. Thank you for your concern.”– Adler said.

Check out the awesome moment down below, and let us know what you think!