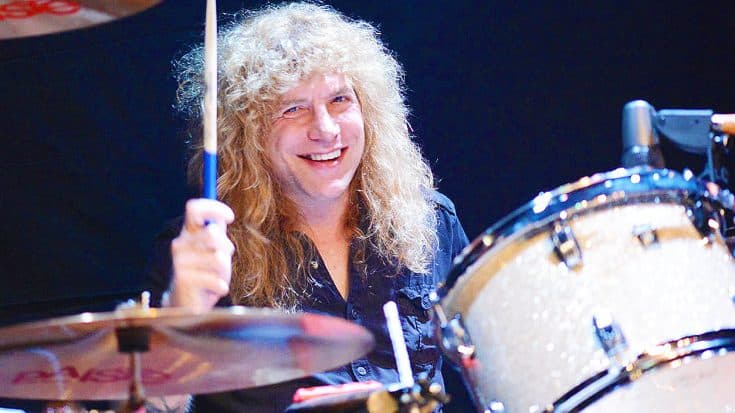 When Guns N’ Roses finally fulfilled their long-awaited reunion last year, one important piece of the puzzle was absent: Steven Adler. At the time, Adler was focusing on his sobriety, and put it as a priority over touring. The band respected that, and actually Adler joined them as a special guest during a few shows.

Over the weekend, Adler made an appearance, and performed, at an event called Ride for Ronnie, which is a charity event raising money for the Ronnie James Dio Stand Up and Shout Cancer Fund. Adler performed with Lita Ford and Dio member Jeff Pilson at the event, and also gave an interview, where he detailed what it was like to reunite with GNR last summer.

“That was so amazing. It was literally a second dream come true. I wish I could’ve done more songs, but I’m thankful I got to do what I got to do. And if they ever give me a call and want me to come back, I’d love to play with them. I love those guys.“- Adler said.

As far as the future of the band, Adler is hoping Guns N’ Roses will do something for the upcoming 30th anniversary for Appetite For Destruction.

“I was thinking why don’t we just do four or five shows and play all of Appetite from beginning to end, throw [in], like, ‘Civil War,’ and maybe something off of… like ‘Patience’… and record it, videotape it … I thought that would be really cool. But that’s my idea. If it was up to me, it would be a different story. But it is what it is.“- Adler said.

Check out a clip of Adler performing at the charity event down below!