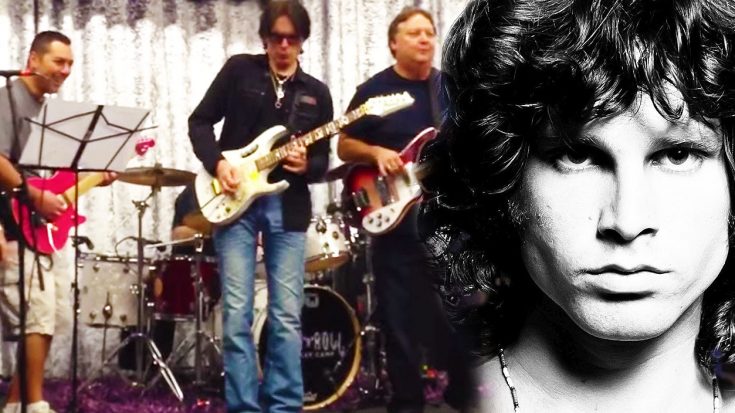 A fitting tribute to a legend!

The Doors were one of the most revolutionary bands of all time. Their creative, psychedelic sound is unmatched, and it’s extremely unfortunate that the world lost lead singer Jim Morrison at such a young age.

Back on December 8th, on what would have been Jim’s 73rd birthday, guitarist Steve Vai paid an epic tribute to the late-legend by covering the band’s classic song “Roadhouse Blues.” Vai absolutley shreds this cover and leaves the crowd in awe! It’s the perfect homage to Jim, and further showcases Vai’s versatility as an artist. The person who actually uploaded the video to YouTube is the other guitarist, and is trading shred solos with Vai himself! What an amazing moment for him! He sure is lucky for being able to play with a legend!

Fun Fact: When Jim Morrison got drunk, he liked to sing blues numbers at The Doors jam sessions. This in one of the songs he came up with at one of those inebriated sessions.

Check out the amazing cover and tribute to Jim down below!