Steve Vai Takes Centerstage To Perform Solo – But What Does The Audience Hear, They Are All Stunned… 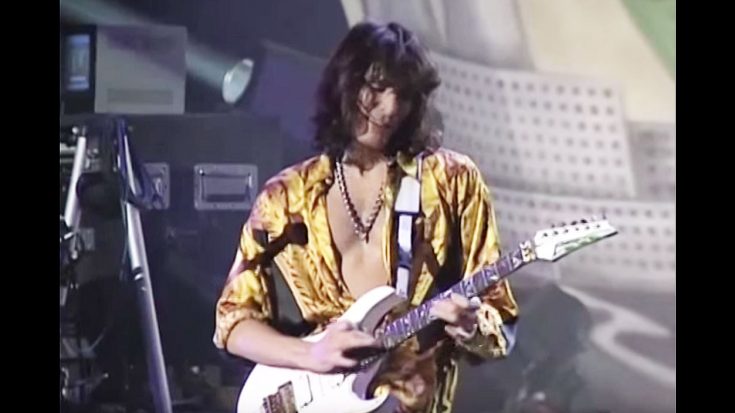 At this point, you should be well aware of just how amazing Steve Vai is on the guitar. Steve Vai has influenced some of music greatest instrumentalists and is a legend in the guitar players community. Arguably Steve Vai’s most iconic solo song is a song called For The Love Of God. It is an instrumental rock ballad that truly showcases all of Steve Vai’s incredible guitar playing capabilities, but words can only do it so much justice. You’d have to see it for yourself, and luckily we have just the video to prove it!

What you’re about to watch is a video in which the aforementioned Steve Vai takes to the stage at the G3 concert in 1996 and perform For The Love Of God. All seems normal at first, but as soon as Steve Vai starts playing, jaws just immediately hit the floor. See for yourself!