Steve Vai, Orianthi, And Many Others Form Supergroup To Cover ‘Stairway To Heaven’ In Studio! 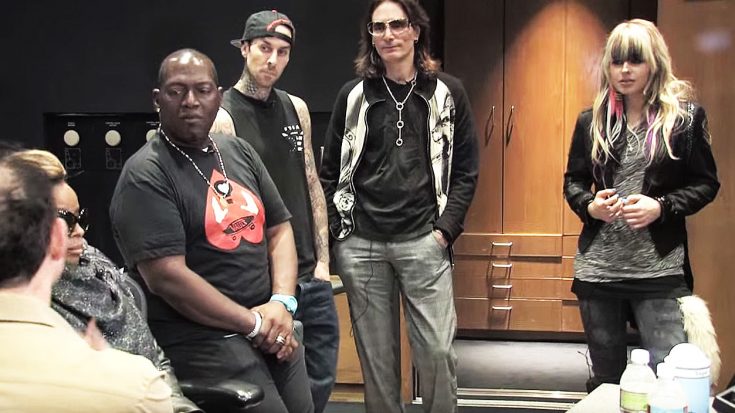 Stairway To Heaven Is Taken To The Next Level!

It’s truly an amazing thing when legendary musicians come together to cover a timeless classic, especially when they are all musicians from different walks of life. Starting with Steve Vai. This man is simply one of the best guitar virtuosos that has ever picked up a 6-string (or 7-string). He has played with the likes of legendary acts such as Frank Zappa, Whitesnake, David Lee Roth, and many others. He is one of the best, pure and simple. Onto Orianthi. Before she broke onto the scene as a solo artist Orianthi was opening for Steve Vai but did so well that Steve Vai was simply blown away to such a degree that she even went onto become the lead guitarist for Michael Jackson just before his death. Now she is a iconic solo artist in her own right. Onto Travis Barker. Over the past 20 years Travis Barker has become one the most iconic drummers in the pop-punk scene. He is responsible for ushering an entire era of new drummers. He is now not only a drummer, but a celebrity as well, which was bound to happen.

Onto Randy Jackson. This man has made a stellar career not only being a phenomenal bassist, but also being responsible for discovering some of Americas singers on American Idol. He is a legend, it’s as simple as that. And finally onto Mary J. Blige. This woman is undoubtably one of the greatest singers of all time. She is someone who overcame all odds and became a worldwide sensation.

So, what do you think would happen if you were to gather these five legends together to cover what is considered one of the greatest rock songs of all time? Well, you’re about to find out!

And below is the final cut!