Steve Vai Brings Female Fan On Stage And What Happens Next Is Amazing! 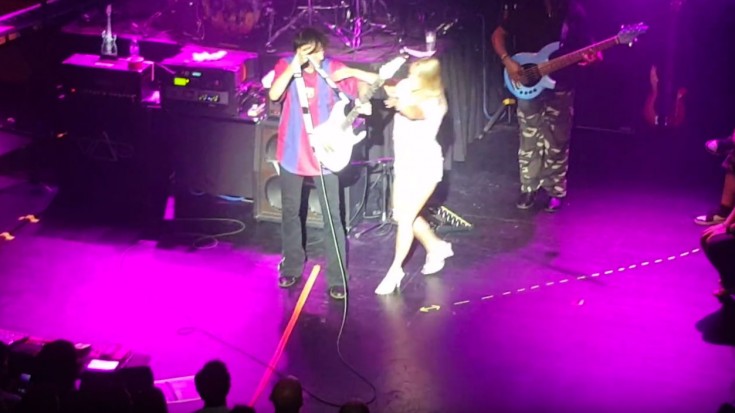 The Power Of Steve Vai In The Palm Of Her Hands!

Have you ever wanted the power of a legendary guitarist? Do you ever wish that just by picking up his/her guitar you’d automatically absorb his/her abilities? Unfortunately, in most cases, that’s not possible Then there’s Steve Vai. Steve Vai can LITERALLY do anything (on the guitar). The cosmic shredder has built a reputation on achieving the impossible and defying all odds. Case in point, this video.

What you’re about to watch is Steve Vai bring a female fan up on stage and put his guitar on her during his song Taurus Bulba. She puts on the guitar and suddenly she is able to play like Steve Vai!

Are you as jealous as I am of this lady? All she had to do was wear his guitar and suddenly she is a guitar master of Steve Vai’s caliber. If this doesn’t encourage you to buy tickets to see Steve Vai in concert, nothing will! So watch and be amazed/jealous as this video if proof that Steve Vai can literally do anything with his guitar!