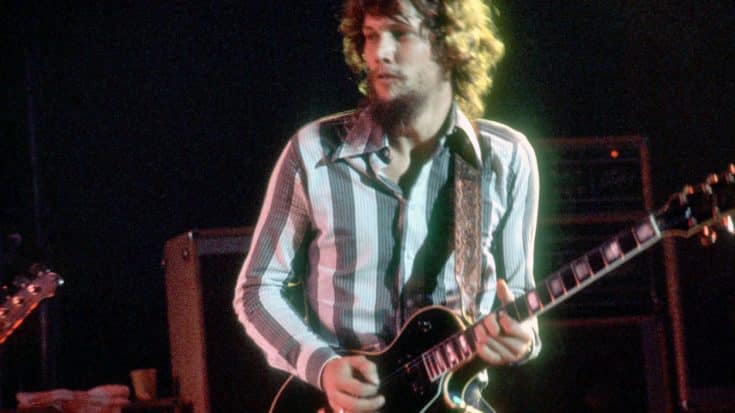 One thing Lynyrd Skynyrd fans remember the most about late guitarist Steve Gaines is his versatility and how incredibly multi talented he was. A gifted guitarist for sure, his love for music extended well into the world of singing and songwriting – even prompting singer Ronnie Van Zant to boast that one day Lynyrd Skynyrd as a whole would “all be in his shadow one day” and even encouraging Steve to share lead vocal duties on tracks like “You Got That Right” and Steve’s own self-penned bluesy “Ain’t No Good Life.”

Featured on 1977’s Street Survivors, “Ain’t No Good Life” highlighted Steve’s creativity and versatility as an artist, exchanging Lynyrd Skynyrd’s Southern rock sound for a more blues driven sound with gritty vocals and thick, swampy guitar solos and with every note, making us wish even harder that we’d had the opportunity to hear the direction Steve’s love for the blues would have taken him.

The audio you’re about to hear is the perfect example of the magic created when Steve accepted Ronnie’s invitation to lead the charge, easily stepping into role of Lynyrd Skynyrd’s lead singer for a 1977 performance on the band’s Street Survivors Tour and enlisting the help of leading ladies The Honkettes, who despite not actually singing on the album version brought a wonderful element of soul to “Ain’t No Good Life” in live performances such as this.

One of our favorite moments in Skynyrd history (or ‘hystory,’ as it were), this is definitely a live recording you don’t want to miss! Steve may not be with us physically, but through his brilliance, creativity and passion, his musical legacy lives on!