Stephen Colbert Says Goodbye To 2016 With Hilarious Parody Of ‘It’s The End Of The World As We Know It’! 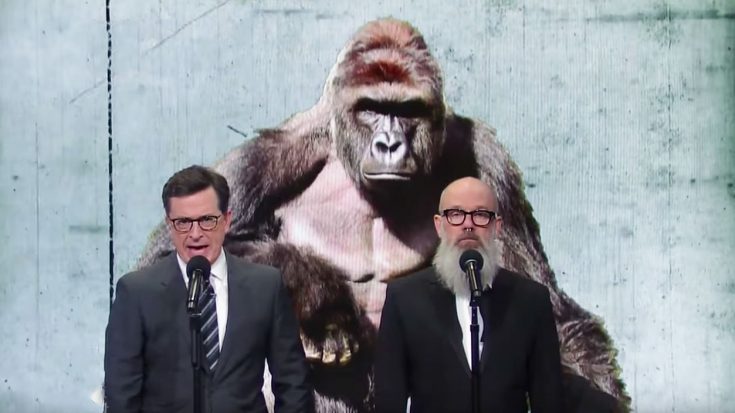 This Had Me Dying Of Laughter!

2016 has been quite a rough year for us all. We’ve had the deaths of numerous rock legends, circus-like presidential elections, and the death of our lord and savior, Harambe. But in all seriousness, every year has something to talk about. As we wind down to the tail end of this year, that much is ever so apparent. Sure, every year in history has been tragic in its own way, but 2016 was just mental. But, we can now reflect on it in a funny way, with Stephen Colbert parodying a great song!

What you’re about to watch is Stephen Colbert sing a parodied version of the hit song by R.E.M. called It’s The End Of The World. The lyrics are altered to reflect on the past happenings of 2016 and he does it perfectly! But just wait until you see who comes out at the end!